Amidst coronavirus outbreak and a layer of uncertainty, the new Nissan CEO is under pressure to turnaround the carmaker
By : Bloomberg
| Updated on: 04 Mar 2020, 10:42 AM 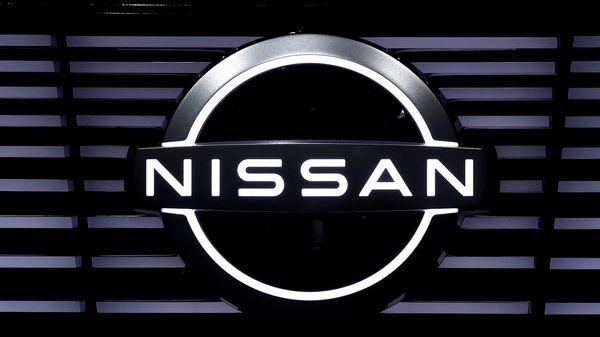 Three months into the job, Nissan Motor Co. Chief Executive Officer Makoto Uchida still isn’t sure how much deeper cost cuts need to be, as the coronavirus outbreak adds another layer of uncertainty to the carmaker’s already challenging business outlook.

The CEO has promised to unveil a turnaround plan in May, on top of a plan to cut more than 12,500 jobs amid decade-low profits and management turmoil caused by the 2018 arrest of Carlos Ghosn, the company’s former chairman.

“All possibilities are on the table," Uchida, 53, said in an interview at the automaker’s headquarters in Yokohama on Tuesday. He said that fixed costs, such as salaries and plants, which aren’t affected by the amount of cars Nissan produces, could be on the table. “If our performance doesn’t improve, then of course we are ready to take a closer look at fixed costs."

Uchida, the third CEO since 2017, faces huge challenges, including reversing the profit slide, executing thousands of job cuts and regaining the trust of French partner Renault SA. He needs to roll out new models to jump-start sales in a tough environment of waning demand for automobiles, while investing in self-driving cars, electrification and mobility services — technologies where Uchida sees a need for collaboration.

“That would be the area where we need to have some partnership in the future," he said, adding that Nissan would step up the introduction of news models, including an electric vehicle for Japan this year.

Another cloud hanging over Nissan is the coronavirus outbreak that originated in Wuhan, where the carmaker’s Chinese operations are based. That has forced Nissan to scale back automobile assembly at factories outside of China, including several within Japan. While the final scale of the outbreak is yet to be seen, it will impact Nissan’s business plans going forward, Uchida said.

“Of course there will also be an impact from the coronavirus, so we need to look at our business while considering all of these factors," he said.

Uchida said rebuilding Nissan’s business in North America was a top priority, following a push by prior management to boost volumes there by offering incentives that weighed on profitability.

“The overall balance of the number of vehicles is something we admit we haven’t gotten correctly," Uchida said. “However, we will be releasing new vehicles in North America."

Asked about the prospects for unveiling a new model at the New York Auto Show next month, Uchida declined to say whether the company had something in the works.

“You should look forward to it," said Uchida, who isn’t planning to attend personally. “We will show our strengths in North America."

Uchida said he has faced some unexpected challenges in his new role, but that he was settling into the job and confident of turning Nissan around. He said he comes in at around 8 a.m. everyday and spends 8 to 10 hours in the office. He’s focusing on getting everyone on the same page while receiving honest feedback.

“It is important for me to know transparently what is really going on from all the executives down to our employees," the CEO said.

The son of an airline employee, Uchida lived abroad in various regions such as Egypt while growing up. Fluent in English, he studied theology at Japan’s Doshisha University, an unusual background for a car executive.

A key task for Uchida will be repairing Nissan’s ties with Renault, which deteriorated to new lows under former CEO Hiroto Saikawa. The new chief has collaborated with the French firm on joint procurement. Uchida joined Nissan in 2003 from metals and machinery company Nissho Iwai Corp.

Nissan has been mired in turmoil since the November 2018 arrest of Ghosn on allegations of financial misconduct, which he has denied. His downfall exposed governance shortfalls at Nissan and brought long-standing tensions between the Japanese automaker and Renault to the fore.

Uchida reiterated Nissan’s commitment to the global automaking alliance with Renault and Mitsubishi Motors Corp. “Each company is facing an extremely severe business environment," he said, while reiterating that the partnership was essential for the growth of each carmaker.