2022 Maruti Alto has been spotted undergoing tests on Indian roads.The new-age Alto by Maruti is most likely to come based on the Heartect platform as the S-Presso.
By : HT Auto Desk
| Updated on: 30 Nov 2021, 14:43 PM 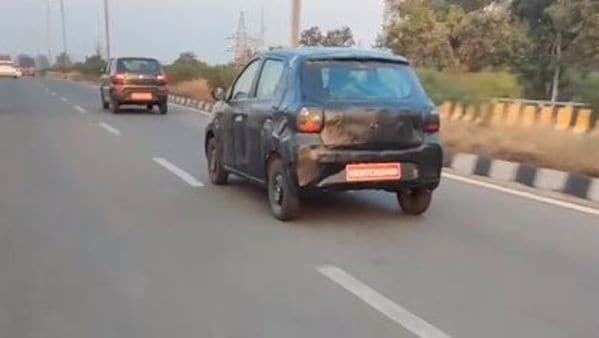 2022 Maruti Alto has been spotted undergoing tests on Indian roads.

After the launch of the new Celerio, Maruti Suzuki India is now gearing up for the introduction of the new-gen Alto entry-level hatchback in the country. The updated car has now been spotted getting tested on the public roads indicating that the launch is expected to take place next year.

The prototype of the spied car can be seen fully covered in camouflage - smartly hiding away all the necessary details, however, it does suggest that the overall profile is likely to remain similar to the existing model. The new Alto looks a tad taller when compared to the current model while the width appears to be more or less the same.

Expect to see new squarish taillights and a sculpted rear bumper, and it will also come with new ORVMs and standard door handles. It might also continue along with steel wheels with covers, while alloys may not be part of the package given that Alto is a budget offering.

The new-age Alto by Maruti is most likely to come based on the Heartect platform as the S-Presso, and it may also benefit from some smarter creature comforts and improved safety features. Also, a touchscreen display with the Smartplay studio infotainment system, won't also be too much to expect in the new Alto.

At the heart, expect the car to come plonked with the same 800 cc, three-cylinder motor delivering 41 bhp of maximum power and 60 Nm of peak torque. That said, other options could also include a 1.0-litre three-cylinder Dual Jet, Dual VVT, K10C petrol engine as well. The company could also retain the CNG option on the car.