British carmaker Jaguar has decided to give the F-Pace a facelift with new design elements. It gets some styling tweaks on the outside as well as the interior. Added to the visual changes are a new choice of engines, including mild hybrid and 4-cylinder options. Overall, the changes are not drastic, but the update is enough to make the F-Pace more attractive.

The redesigned F-Pace is already a good-looking SUV with flowing, rounded shapes and details. During a recent design presentation, the Jaguar team showed what they have changed in the new car, aiming to improve the look, not change it.

Among the improvements on the exterior are new front bumpers, a new grille and bonnet and slimmer LED headlights. From the outside, new LED headlights are noticeably thinner, now adorned with small J letters. There is also a new grille with a darkened exterior, available as part of the Black Exterior package. 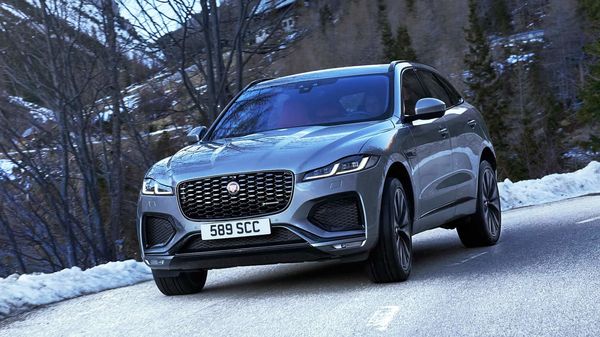 Jaguar has tweaked the details further, adding the iconic Predator emblem to the crossover's side vents and reshaping the center exhaust pipes to resemble the Range Rover Velar. Completing the modifications are new tail lights, which are thinner and have a new light signature.

Inside the car is a new 14.1-inch curved display that replaces the old 10-inch. Just below is a set of HVAC controls, including rotary knobs that control temperature and seat heating / ventilation functions.

In addition to new technologies, the F-Pace goes a step further with softer materials and other details that make the cabin a little more comfortable. There is a new switch on the center console that sits next to the drive mode controls, replacing the pivot block that lifts out of the console in the current model. 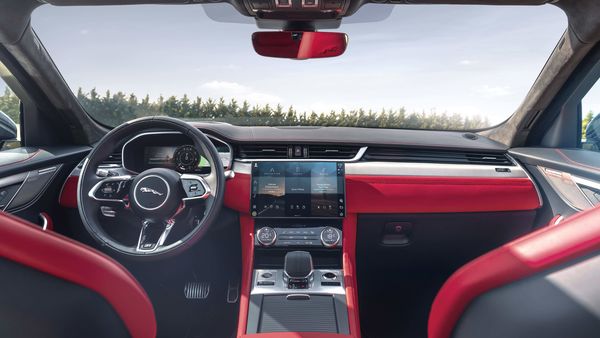 The F-Pace borrows new steering from the I-Pace, including touch-sensitive buttons and a simple three-spoke steering wheel design.

Following this, the S 340 uses a 3.0-liter six-cylinder turbocharged mild hybrid with 335 hp. Finally, the R-Dynamic S uses the same engine and boosts power slightly to 395bhp. The first model reaches 100 km / h in 6.9 seconds, while the fastest model, R-Dynamic, will do it in 5.1 seconds. Each of the engines is paired with an eight-speed automatic transmission.