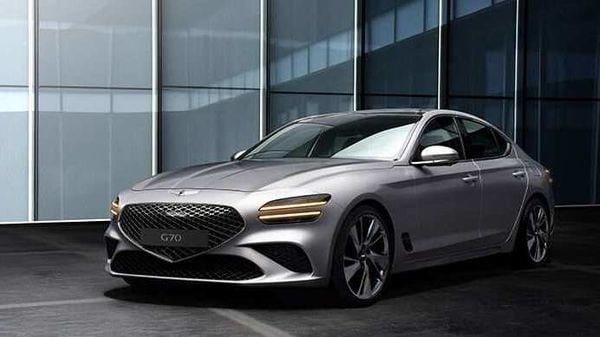 The signature crest grill of Genesis has been lowered further than the quad lamps on new G70.

Genesis has unveiled the new Genesis G70 with a few images before it goes on sale in Korea next month. The new Genesis G70 features enhancements which focus on an athletic exterior design evolution, a driver-centered interior and state-of-the-art technology update leveraging features found within the Genesis lineup.

The signature crest grill is now set even lower than the quad lamps which spread outward and evokes a sprinter’s pre-race posture and highlights the new Genesis G70’s position.

In profile, side air extractors optimised for efficiency, show a form-follows-function mentality while the sensuous surface around the front wheels expresses the powerful muscles of a sports sedan.

At the rear, quad lamp taillights inspired by the soaring wings of the Genesis logo, clearly identifies with a distinctive Genesis aesthetic. The full width G-Matrix mesh and body coloured diffusers surround the oval exhaust tips add finishing touches to the exterior design. 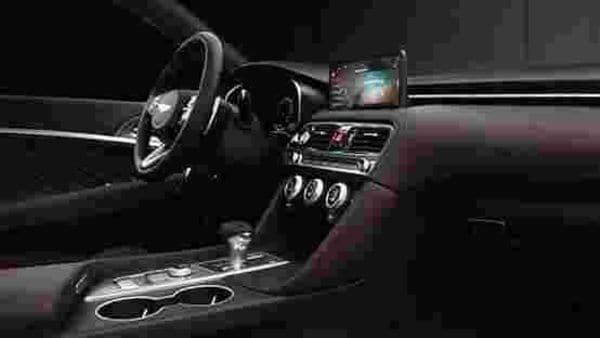 The interior of the new Genesis G70 gets a driver-centered setup resembling a fighter jet cockpit.