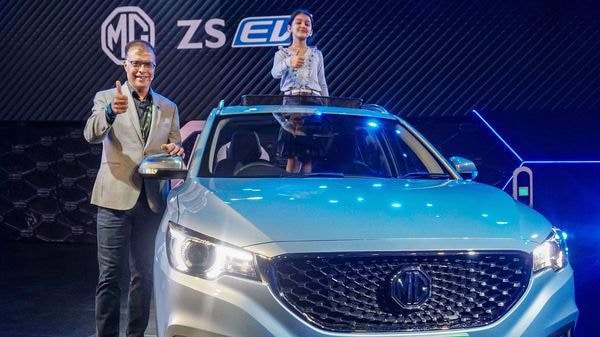 MG Motor India, a part of China's SAIC Motor Corporation, on Thursday said it is working on a concept of a sub- ₹10 lakh electric vehicle (EV) for India that could be launched in three years as part of strategy to take the lead in making EVs mainstream.

The company, which on Thursday unveiled its electric SUV model ZS here, said it will leverage on the strength of its Chinese parent in EV technology for the concept EV, for which in the next one year it will do preliminary development and consumer insight study.

"Small EV is a concept right now in our mind. There is no productionable concept but we think very seriously that if EV has to become mainstream the price point has to be less than ₹10 lakh," MG Motor India President & Managing Director Rajeev Chaba told PTI in an interview.

He further said, "The team has started looking at it (concept EV)...It will take at least one year to complete the whole project and then the production, cost issues and everything will happen."

When asked how long will it take for the company to launch the planned EV, he said, "First it depends on whether this whole concept can be commercialised based on consumer preferences. Even consumer insight and acceptance of that concept is very important...If there is favourable response from consumers, it could take three years."

Chaba, however, reiterated right now the company is "looking at a smart concept" which has a "unique shape" and studying if people would like that in terms of shape and everything is open ended in terms of what can be the price, volumes and where to produce it.

Stating that EVs are currently niche and premium products and the company is building "solid foundation" through ZS EV, Chaba said,"We feel the next inflection point will come when we are able to launch EV in less than ₹10 lakh. Then the volumes will start coming."

When asked how the company planned to bring down the cost of EVs, he said it would leverage on the strength of SAIC "which is a future ready organisation" having invested more than USD 5 billion in future technologies of EV, connected and shared mobility.

"We have the unique advantage that we have invested in the big components of EVs internally and we don't buy it from outside. We make it in-house, that's what will give us the competitive advantage," Chaba said.

He further said, "We are the only company other than Tesla to invest in a (EV) battery plant. So it is a serious thing. When we have all these strengths why should we not bring it in India? That's the whole intention."

Stressing that the MG Motor India is serious about EVs, he said, "It is not a tokenism from our side. We are a serious player in the EV market. This is the way for us to differentiate from other big players in this market."

He said new entrants like MG cannot easily compete with established players likes Maruti Suzuki and Hyundai which have taken 25-30 years to be successful laying strong foundation is strong.

Further, Chaba said considering government policy and direction it is very clear that EV is the future.

Keeping in mind the "unique" Indian customers' paying capacity, frugalness and penchant for value for money, he said, "We are trying to find a mass or mainstream (EV) solution and that's what we are working on right now."

When asked if the sub- ₹10 lakh EV will only be specific for India, he said, "Indian market will be leading MG Motors' concept EV but it could find its usage in many other similar markets.

"Theoretically, we would like to believe that there are many other markets like India. When you do frugal engineering in India and when you successfully commercialise that product, there will be many more markets who may like to have that product."

Commenting on the ZS EV, he said the company plans to start selling the model in five cities from January onwards.

"This is going to be our second product after Hector. We firmly believe the future of automobiles is connected and electric," Chaba said.

The company has tied up with various partners to launch the EV with entire charging ecosystem, he added.

Chaba said the company would launch more EVs in future and the ZS is just the beginning in that space.

The company plans to launch the model, which comes with 143 PS of power and over 300 km of range, in January.

The model would be produced at the company's manufacturing facility at Halol, Gujarat.