Mahindra has also rolled out a video showcasing the brand logo of the SUV.Expect the XUV700 to make the public debut in India this summer.
By : HT Auto Desk
| Updated on: 04 May 2021, 06:30 PM 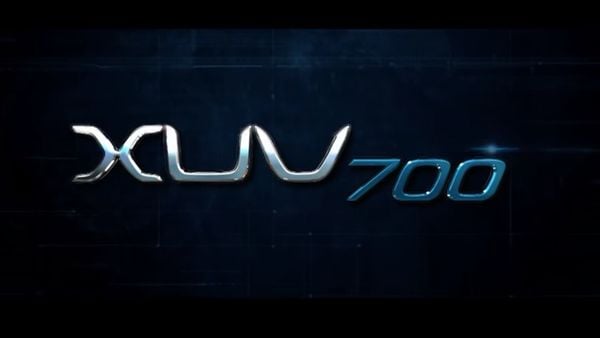 Expect the Mahindra XUV700 to make the public debut in India this summer.

The 2021 Mahindra XUV700 will see the light of the day soon. The official nameplate of the SUV was revealed in April this year and now the company has made the website of the car live. The company has also rolled out a video showcasing the brand logo of the SUV.

The product page of the XUV700 currently only lists the name announcement video along with a 'Keep Me Updated' section. This is going to help the interested buyers to keep a tab on all the latest announcements (launch timelines, vehicle showcasing, and test-drive availability) regarding the new car. At the same time, it will also help the carmaker to gauge the interest of the protective buyers.

The new XUV700 will be underpinned by the W601 monocoque platform and will be slightly larger in terms of overall dimensions in comparison to the existing XUV500 model. The carmaker has also confirmed that the XUV700 will be launched in both petrol and diesel versions. The transmission option will include both manual and automatic gearbox options. Hardcore SUV enthusiasts will also get an all-wheel-drive system to play with.

(Also Read: Mahindra's Oxygen on Wheels rolls out in Maharashtra, over 100 vehicles deployed)

While the company is yet to roll out the detailed engine details, expect the XUV700 to feature the new 2.0L turbo-petrol and the 2.2L mHawk diesel engine options. For the record, the latter made its debut in the all-new Thar SUV. However, it could be made available in a different state of tune.

Expect the XUV700 to make the public debut in India this summer. It will be the flagship SUV from Mahindra will take on the likes of the Tata Harrier and the Jeep Compass.