Made-in-India Kia Sonet to be officially launched in Indonesia

Kia Sonet has been a strong success in the Indian market and the company plans to export the car from here to around 70 markets the world over.
By : HT Auto Desk
| Updated on: 09 Nov 2020, 01:35 PM 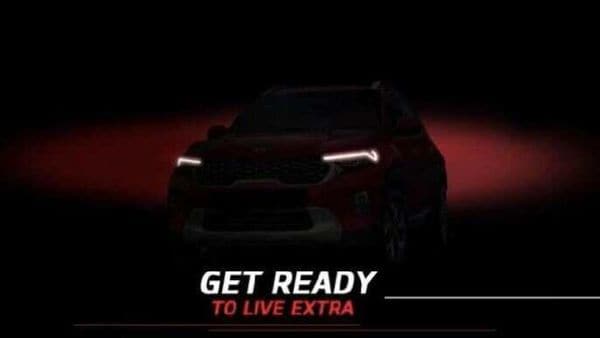 Kia has confirmed the launch date of Sonet in the Indonesian market.

Kia Sonet has raced forward in the Indian market since its official launch in September, propelling the Korean car maker to the big leagues here. Despite the fact that it is only the third offering from the company which made its India debut in August of 2019, Sonet has found many takers and the car maker would be hoping to replicate its success in other markets. And the sub-compact SUV is now raring to woo Indonesian buyers with a launch scheduled for Wednesday (November 11).

Kia had previously said that India will be the manufacturing hub for the Sonet and that the car will be exported to nearly 70 markets from here. As such, it is now Indonesia's turn to welcome the latest offering from the car maker.

Reports suggest that there may be subtle variations between the Sonet sold in India and the units meant for the Indonesian market. Most notable among them reportedly is that the Sonet for the Indonesian market will be slightly longer in dimension. The company though has said there would be absolutely no difference between the Sonet made and offered in India from those for international markets in terms of features, quality, fit and finish.

Kia would now be looking at the Sonet to hit a solid mark in the Indonesian car market where it has had a bit of a 'here-now, not-now' relationship. The car maker, in fact, returned to the country in early 2020 after an absence of four years and launched its Seltos here. The current portfolio of the car maker here includes Picanto, Rio, Grand Sedona (Carnival in India), Seltos and commercial vehicle K2700.

Local reports suggest that Kia has plans of investing $1.55 billion in the country to manufacture MPVs and an EV platform.