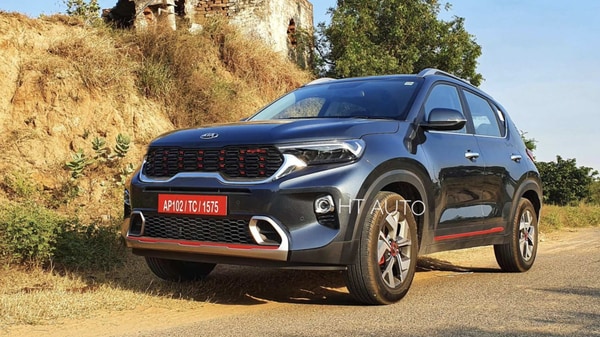 Kia Sonet is one of the most selling SUVs in the sub-4 meter category. (Photo credit: Sabyasachi Dasgupta)

Kia Motors India previously announced that its cars are set to become costlier in the country from January 2021. Now the Indian arm of the South Korean carmaker has released the detailed variant-wise price list of its cars. Interestingly, while the Sonet and Seltos have become costlier by up to ₹20,000, the cost for the Carnival MPV has remained unchanged even after the recent price increment.

(Also Read: Kia Motors' COO in US Bill Peffer quits within a week after taking charge)

The pricing of the Kia Sonet 1.2L, naturally aspirated petrol version has shot up in the range of ₹8,000 to ₹10,000. Meanwhile, all the diesel variants of the sub-compact SUV have become costlier by ₹20,000. Prices for the turbo-petrol variants of Sonet have remained unchanged for both its iMT and DCT gearbox variants. After the recent price correction, the entry-level Sonet HTE trim now starts from ₹6.79 lakh, while the top-spec GTX+ Dual Tone now costs ₹13.19 lakh. (All prices are ex-showroom, Delhi) 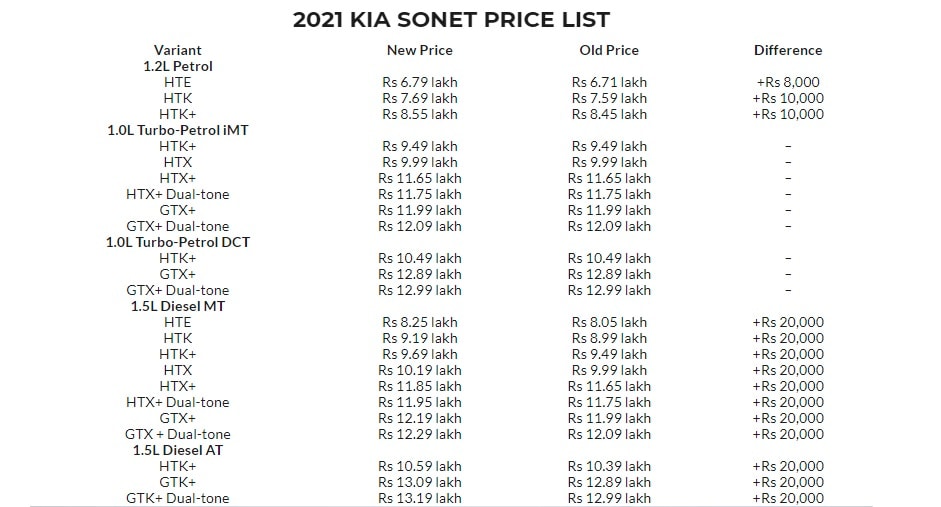 The Hyundai Creta rivaling Seltos SUV has now become expensive by up to ₹11,000. The pricing for the entry-level Seltos HTE has remained unchanged at ₹9.89 lakh, while the rest of the other trims have become costlier. The top-of-the-line GTX+ AT Dual Tone is now priced at ₹17.65 lakh, which is ₹11,000 more than before. (All prices are ex-showroom, Delhi) 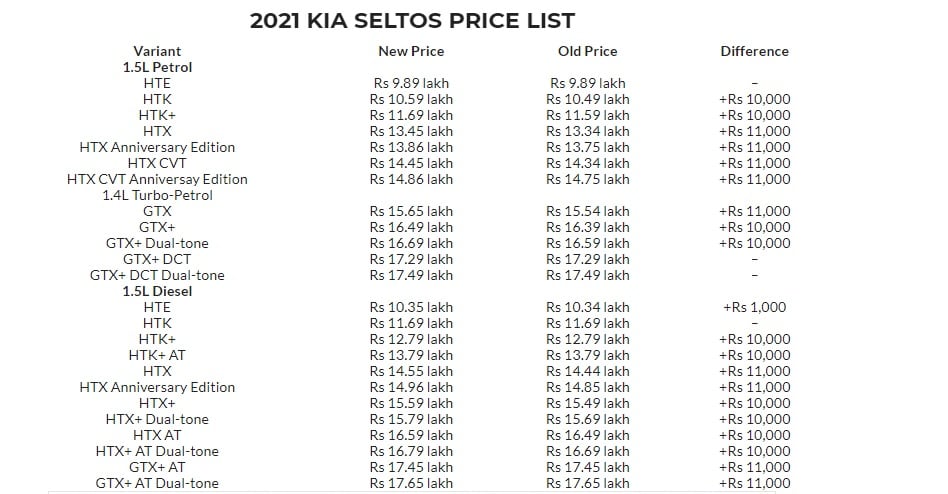