Hyundai Creta facelift teased ahead of debut, gets a new face

Earlier, Hyundai had teased a sketch of the upcoming new generation Creta SUV. It will be launched first in some of the SouthEast Asian markets, before coming to the Indian shores.
By : HT Auto Desk
| Written By : Sabyasachi Dasgupta
| Updated on: 28 Oct 2021, 12:03 PM 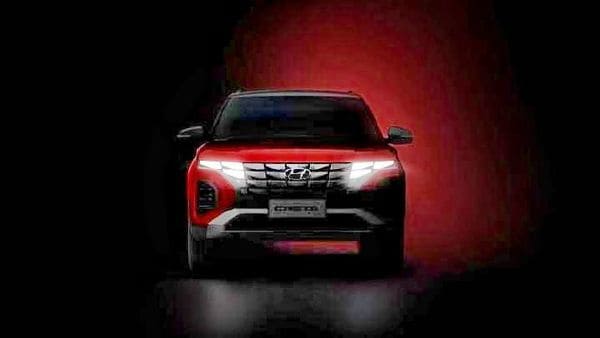 Hyundai Creta facelift was teased by the Korean carmaker ahead of its official debut expected in November.

Hyundai Motors has released a teaser of the upcoming 2022 Creta facelift ahead of its official debut. The teaser shows the silhouette of the Hyundai Creta seen from the front and from the sides. The official debut is expected to take place next month during the Gaikindo Indonesia International Auto Show or GIIAS 2021.

According to the teaser image, which has been brightened up a bit to expose some of the details, the 2022 Hyundai Creta is all set to become bolder, more dynamic and futuristic in its looks and design. The image indicates that the new 2022 Creta will come with LED headlights with LED DRLs with parametric jewel pattern. It has a boomerang-like shape when turned on and looks to blend with the grille when the lights are turned off.

"This SUV was built and designed specifically according to the interests of customers in Indonesia," said SungJong Ha as quoted from the official Hyundai Indonesia website.

He added that the manufacturer wanted to display the shape of this car more clearly. "The Creta itself is a car that will be produced at the Hyundai factory in Indonesia and for the people of Indonesia," he added.

The new Hyundai Creta is also likely to be packed with features and technology like a panoramic sunroof, Bose premium sound system and a new 10.25-inch TFT LCD cluster with new advanced features. Hyundai will also provide the Creta with Bluelink, a connectivity technology that allows users to connect to their vehicles through smartphones.

The new Creta will also offer safety features such as Stolen Vehicle Tracking & Stolen Vehicle Immobilization, which will operate in the event of an attempted vehicle theft by sending a notification to the customer's smartphone and completely shutting down the car when the customer alerts Hyundai's call center.

There is also a Valet Parking Mode feature, which is a feature that will lock or close access to all infotainment system operations when the car is receiving valet parking service.