Honda has made no official announcement about the global launch of the S660 roadster, which is exclusively sold in Japan.
By : HT Auto Desk
| Written By : Sabyasachi Dasgupta
| Updated on: 20 Jan 2020, 01:03 PM 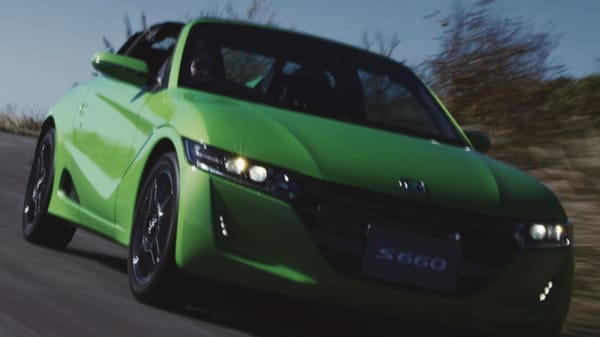 Honda has unveiled the facelift version of S660, an open-top two-seater roadster, at the 38th Tokyo Auto Salon. The car comes with minor changes in its design for the first time since its launch in 2015.

The S660 has been widely praised for its outstanding sports performance, but it has not been modified much since its launch.

It is said to be a mid-term change, but in fact, the appearance of the car has not changed much. Under the concept of ‘deepening design’, the original black paint A-pillar has been changed to the same color as the body.

In addition, the car gets newly designed aluminum wheels, new body color option in pearl green. The details are improved in the headlights and rear tail lamps. The interior gets the Alcantara steering wheel and gear as well as seat heating function.

As for the handling-related chassis and power system structure, the S660 / S660 Modulo X has not been changed. The same is the S07A 660cc straight 3 DOHC engine with a maximum horsepower of 64PS / 6,000rpm and a 6-speed MT transmission setting.

Honda has made no official announcement about the global launch of the S660 roadster, which is exclusively sold in Japan.