Home Auto Cars News Here Is How To Scrap An Old Car: Five Things To Know

Here is how to scrap an old car: Five things to know

Delhi government has banned 15-year-old petrol and 10-year-old diesel vehicles from plying on roads in the national capital, making them eligible for scrapping.
By : HT Auto Desk
| Updated on: 31 Jan 2022, 09:51 AM 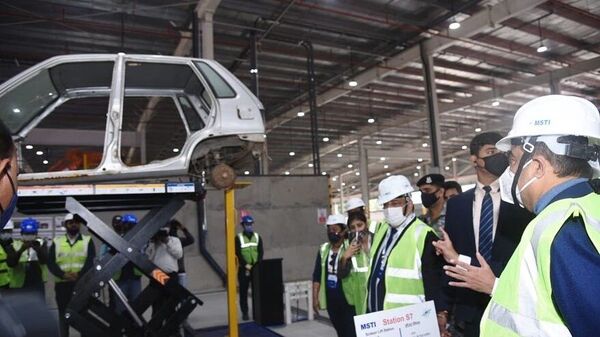 Delhi government in August 2021 issued a notice directing all vehicle owners who ply their old vehicles in the national capital, to opt for the scrappage policy. The directive came on the back of the central government's vehicle scrappage policy that was introduced a few months back.

(Also Read: Is your car older than 15 years? Be prepared to shell out more for registration)

Under that directive, the Delhi transport department had advised the old vehicle owners to keep their 15-year-old petrol vehicles and 10-year-old diesel vehicles off the road. The Delhi transport department had also advised people to get such old vehicles scrapped at the Registered Vehicle Scrapping Facility (RVSF). This directive also cited a Supreme Court order for impounding end-of-life petrol and diesel vehicles.

When should you consider scrapping a car?

Where to scrap a car?

The vehicle owner can scrap his or her car at a government authorized car scrapyard. In Delhi and NCR there are four such scrap yards authorized by the government.

Which documents to submit while scrapping a car?

Will you get any money for scrapping a car?

Yes, you can get a certain amount for scrapping a car at a government authorized scrap yard. The money a vehicle owner can receive after scrapping his or her car is determined by the weight of the metal. The amount is typically ₹15 per kg. In case, the car is in working condition and the parts of the car can be sold and used, the vehicle owner can expect a higher amount of money.

What to do after scrapping the car?

Initially, it was decided that the government authorized vehicle scrap yard will give the vehicle owner the chassis number and a photograph of the scrapped car, which have to be submitted to the RTO in order to receive a certificate of vehicle scrapping. However, the government has now changed the rule.