Currently, only front seats and two rear seats in the majority of the cars in India come equipped with three-point seat belts.
By : HT Auto Desk
| Updated on: 10 Feb 2022, 09:18 PM 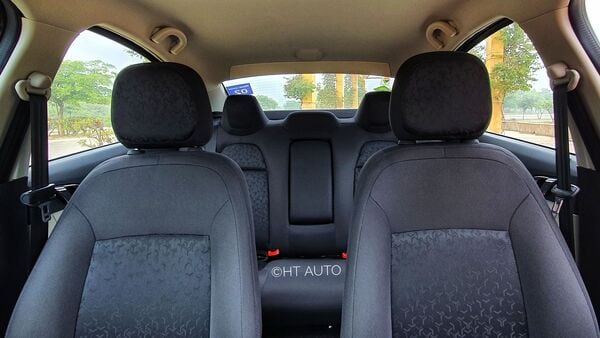 The Indian government is aiming to make the cars in India safer through an array of safety measures.

"I have signed a file yesterday to make it mandatory for automakers to provide three-point seat belts for all the front-facing passengers in a car," Gadkari said on Thursday. However, he didn't mention the date from which the new norm will come into force.

Currently, only front seats and two rear seats in the majority of the cars in India come equipped with three-point seat belts, as the government has made that mandatory to ensure better safety for the occupants. Only a select number of cars, especially in the premium segment, come with three-point seat belts for rear centre seats. They come with only two-point or lap seat belts instead, which are similar to the ones provided in aircraft seats.

The Indian government has been announcing an array of safety measures for automakers to incorporate. These are expected to ensure better safety for the drivers and passengers on roads. In January this year, the MoRTH said that it will make it mandatory for the carmakers to provide a minimum of six airbags in cars that can carry up to eight passengers for enhanced safety of occupants. The rule will be enforced from October this year.

These moves come as the government is aiming to reduce road accident-related fatalities. India is one of the countries with a major number of deaths that take place every year due to road accidents. As many as 1.5 lakh people die every year in nearly five lakh road accidents in India. Speaking about this, Gadkari said that the need of the hour is to create mass awareness for road safety measures by information dissemination.

He said that a system is being proposed for the star rating of vehicles in India based on the standards and protocol to improve safety. He also said that Electronic Stability Control, Advanced Emergency Braking Systems, ease of mobility for Divyangjan, Driver Drowsiness Attention Warning System (DDAWS), Blind Spot Information System, Advanced Driver Assisting system and Lane Departure Warning System, are among the safety initiatives being implemented.