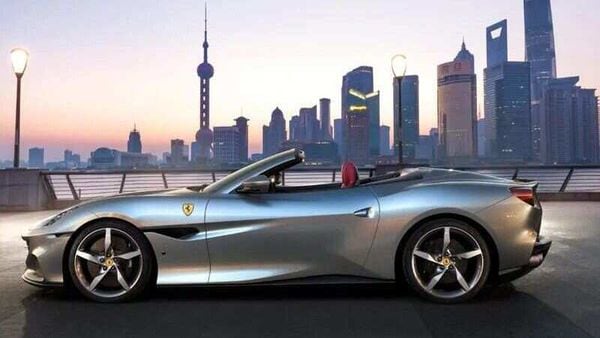 Ferrari has revealed the new Portofino M. The highlight of the new super car is its 488 Pista sourced 3.9-litre V8 engine which delivers staggering 620 bhp of maximum power on the Portofino M. For the record, the 'M' in its name stands for ‘Modificata' or modification.

Its 3.9-litre V8 powertrain is offered with a new dual clutch transmission which is an 8-speed unit. It is a 20% smaller option than the one found on its sibling, the regular Portofino. As per Ferrari, the new setup pushes 35% more torque to the wheels. Also, it is lighter in terms of overall weight and has contributed to achieving a lower centre of gravity.

The new Portofino M sports Variable Boost Management. For the uninitiated, this is a control software developed by Ferrari which adjusts torque delivery to suit the selected gear. The company says that it contributes in delivering an increasingly powerful pick-up and at the same time, optimises fuel consumption.

The car gets some dedicated design tweaks which separate it from the regular model. At the front, its wraparound bumpers look aggressive and the sculptural air intakes make it look even more appealing. The new grille features aluminium slats with contrasting flaceted tips. Over at the rear, the car gets a completely new exhaust system which has contribute to making the Portofino M's tail more compact. Moreover, it has also received a new rear diffuser which is separate to the bumpers.

On the inside, the cabin remains relatively the same. The instrument panel, air conditioning vents and passenger display are divided by a central horizontal aluminium blade. Moreover, some other control functions are available in the lower side of the dash, along with a 10.25-inch touchscreen placed towards the centre console.