Stargazer MPV is likely to be one of the first cars to roll out from Hyundai's new Indonesia plant.Some of the direct rivals to the Hyundai Stargazer MPV will include cars such as the Honda BR-V, Mitsubishi Xpander Suzuki Ertiga, and the Nissan Livinia.
By : HT Auto Desk
| Written By : Prashant Singh
| Updated on: 31 Jul 2021, 13:22 PM 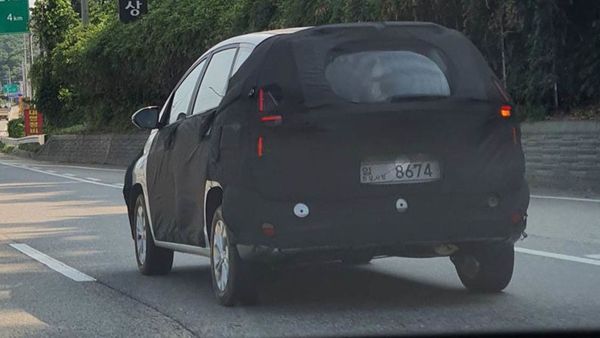 The new Hyundai MPV was recently spotted getting tested in the South Korean market.

Hyundai is developing an all-new MPV that may be placed as a rival to the Maruti Suzuki Ertiga. If overseas reports are to be trusted, the car may be called the Hyundai Stargazer. It will be aimed at developing markets such as India, Indonesia and also Russia, among others.

The Stargazer is internally known by the codename - Hyundai KS. Its world debut is likely to take place by 2022 in Indonesia. Some of the direct rivals to the Stargazer (Codename: KS) MPV will include cars such as the Honda BR-V, Mitsubishi Xpander, Suzuki Ertiga, and the Nissan Livinia.

Indonesia's MPV market is huge and Hyundai will be aiming to cash in on the high MPV demand in the country. In fact, the Stargazer is likely to be one of the first cars to roll out from Hyundai's new Indonesia plant.

Hyundai's new car will be underpinned by Creta inspired platform and will also source bits and pieces from the upcoming Kia MPV (Codename: KY).

The new Hyundai MPV was recently spotted getting tested in the South Korean market. The car can be seen (in the above spy image) smartly hidden inside a full camouflage covering the body from head to toe. It is said to borrow several styling cues from the latest Hyundai models such as the globally sold Tucson and also the Bayon crossover that was launched in Europe in 2020.

Under the hood, expect the model to be introduced with a 1.5-litre petrol engine, shared with the Creta. There may also be a 1.5-litre diesel if it's launched in India.

Interestingly, Hyundai's sister brand - Kia has confirmed the launch of an MPV in India and adding a Hyundai derivative will definitely help the company to cover a wider range of customers. But there is still no confirmation if the model will be launched in India anytime soon.