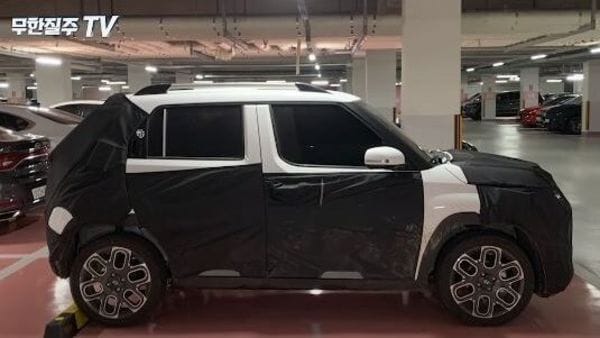 Hyundai Casper is promising to be an affordable offering amidst a general preference towards SUV body type and local media reports in South Korea suggest that production of Casper micro SUV may begin in September. Numerous spy shots of the vehicle have crowded online space and while it will initially release in Hyundai's home market, the company may bring it as a rival to Maruti Suzuki Ignis in India at some point in 2022.

In terms of dimensions, Casper will be smaller than Hyundai Venue and will primarily being targeted for city-based customers. Although official images of the vehicle have not been shared as yet, reports suggest that certain elements may be taken from the Kona. According to speculations in this South Korean website, Casper is likely to sport a prominent radiator grille, round head light units, sizable wheel arches and distinctly curving body lines.

It is important to note here that the design highlights are mere speculation at this point but Hyundai could share official images in the times to come and once the vehicle hits production lines.

For India, Hyundai Casper could be another shot in the arm for the Koreans as smaller vehicles are gaining in acceptance at a time when personal mobility is being preferred. And although Hyundai does offer the Grand i10 Nios here, a feature-packed yet compact vehicle with SUV-ish looks could appeal to the budget buyer.