Rimac has developed an electric supercar platform that it supplies to other carmakers.
By : Reuters
| Updated on: 17 Jun 2021, 08:13 PM 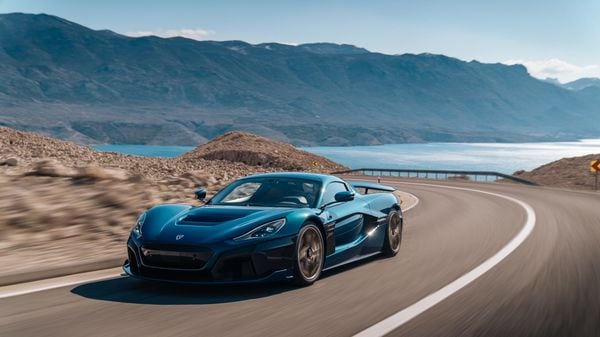 Rimac is currently working on a strategic partnership with Volkswagen unit Bugatti.

Croatian electric hypercar maker Rimac is exploring several options for its future, a spokesperson for the group said in response to a report outlining plans for an initial public offering next year.

Germany's manager magazin earlier reported that Rimac, in which Volkswagen's Porsche unit owns a 24% stake, was planning an IPO in 2022 at a valuation of 5 billion euros ($6.1 billion), without disclosing where it obtained the information.

"As for going public, we're considering different options, but it hasn't been decided which direction we'll go in," the Rimac spokesperson said.

Rimac has developed an electric supercar platform which it supplies to other carmakers, including Automobili Pininfarina.

It is currently working on a strategic partnership with Volkswagen unit Bugatti, which will likely result in a joint venture between Porsche and Rimac, with Porsche as a minority partner, Volkswagen CEO Herbert Diess said in March.

"The future of Bugatti is an issue that will be decided on a group level," Porsche said in a statement, declining to comment further.

Porsche boss Oliver Blume earlier this year said intense discussions on Bugatti's future were ongoing and that Rimac could play a role as the brands were a good technological fit, adding that a decision was expected in the first half of 2021.