Tata Motors and Mahindra are leading the pack of safe made-in-India cars with several models that received both 5-star and 4-star safety ratings by Global NCAP.
By : HT Auto Desk
| Written By : Mainak Das
| Updated on: 01 Feb 2021, 12:16 PM 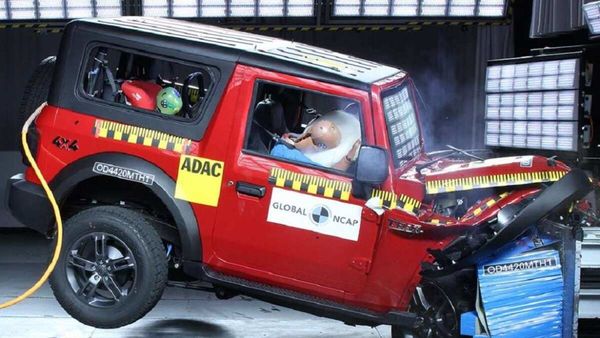 Mahindra and Tata Motors are leading the pack with safer cars in India. (Image: Global NCAP)

Gone are the days when Indian car buyers were more concerned about the fuel efficiency and price of a vehicle, instead of any other aspects. In the third decade of the 21st century, new-age buyers are more focused on technology, features, and of course the safety. Keeping pace with the changing customer demand, the automakers are also evolving their products accordingly.

No more tin cans, the modern cars tend to come with a host of features, a stronger bodyshell, and technologies that make them safer than their previous generation models. Safety features like airbags, ABS, EBD are becoming increasingly common for even the entry-level models.

In the recent past, car safety in India has grabbed a lot of attention, considering the fact that the country is among the tops ones with an alarmingly high rate of casualties and severe injuries due to road accidents. Accept it or not, despite the increased awareness about care safety, still, a large number of car buyers neglect the importance of it, which results in a significant chunk of nearly 5 lakh road accidents India witness every year, causing around 1.5 lakh lives.

With the government’s aim to bring down the number of road accidents and fatalities by 20-25% by 31st March 2021, car safety is becoming a vital aspect for the stakeholders of the auto industry. Recently, several cars from homegrown auto majors like Tata Motors, Mahindra & Mahindra have received commendable 4-star or even 5-star safety ratings in the Global NCAP crash test.

Here, let us take a quick look at the top safest made-in-India cars.

Mahindra Marazzo MPV received a 4-star safety rating in 2018 by Global NCAP. The MPV that is claimed to have been inspired by a shark’s outline is equipped with safety features such as driver and passenger front airbags, driver seatbelt pre-tensioners, ABS, ISOFIX anchorages, SBR, etc.