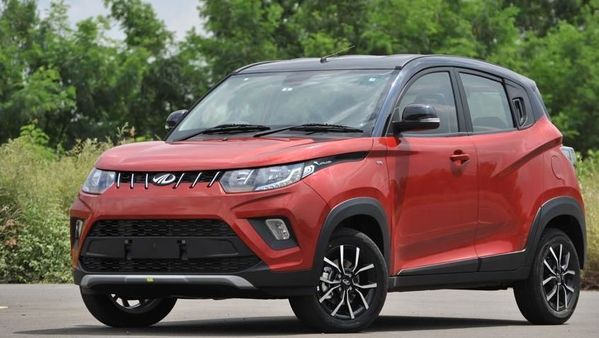 The Mahindra KUV 100NXT (current version) was launched in the Indian market back in late 2017. Now, the homegrown automaker is planning to introduce an update to the crossover hatch which would make it a BS 6 compliant vehicle.

As per an Autocar India report, the BS 6 KUV 100NXT petrol is expected to hit the showrooms in the coming few weeks. Its prices will start from ₹5.50 lakh* for the K2+ trim, the higher K4+ trim will retail at ₹5.96 lakh, and will extend up to ₹7.12 lakh* for the K8 trim. All prices are ex-showroom, Mumbai.

With the update, the 2020 KUV 100NXT will gain BS 6 compliant 1.2-litre, three-cylinder petrol engine. This powertrain is expected to produce 83 PS and 115 Nm of peak torque. For reference, these are the same figures as the earlier present BS 4 engine. The powertrain will be available with a 5-speed manual transmission.

Coming on to the physical appearance, no significant changes have been claimed. The car still gets the same grille design, front/rear bumpers, faux skid plates and 15-inch alloys (top-spec trim). While the cosmetic updates appear to be nil, the feature/equipment list also remains unchanged.

Inside, it gets the same dashboard layout and design, as the previous BS 4 model. The top-spec K8 trim sports the same 7.0-inch touchscreen infotainment system featuring GPS navigation. It also gets automatic climate control, dual-clock console with MID screen, steering-mounted audio controls, cooled glovebox and driver’s seat height adjust. With the BS 6 update, the car has lost the previous 5-seater configuration and will now only be available as a 6-seater vehicle.

In the latest BS 6 avatar, Mahindra KUV 100NXT will continue to rival the likes of other crossover hatches in its segment including refreshed the Maruti Ignis and the 2020 Honda WR-V facelift.