The company aims to implement its hybrid hydrogen-battery electric technology that will generate vehicles for commercial, industrial and private purposes.
By : Sabyasachi Dasgupta
| Updated on: 16 Jun 2020, 01:00 PM 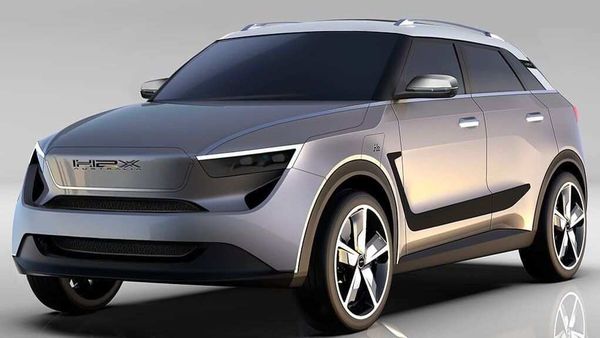 Photo of the H2 SUV called Snowy which is expected to be introduced in 2022. (Photo courtesy: H2X Australia)

H2X, an Australian startup, has announced that it will develop and manufacture hybrid electric vehicles, powered by hydrogen and batteries. The first project of the newly founded company from New South Wales is an H2 SUV called Snowy, the introduction of which is planned for 2022.

The company has already published a rendering of the Snowy, named after the Snowy Mountains hydropower project. H2X is also planning other hydrogen-powered vehicle types, such as a taxi and a tractor. By 2025, H2X plans to employ 5,000 people and produce 20,000 to 25,000 vehicles. 3,700 vehicles have already been targeted for the first year.

According to the Australian media, there are two groups behind the company, the Elvin Group and Denzo Limited. Denzo is involved in various energy and hydrogen projects. The interests of the Elvin Group are based differently: The company is one of the largest concrete producers in Australia and, among other things, wants to make its transport chains emission-free. According to the H2X announcement, Elvin is also working on an electrolyzer developed in Australia, which is scheduled to go into operation this year.

The company was created five years ago by a group of Australian executives related to the automotive and energy sector with the aim to make hybrid electric vehicles, powered by hydrogen and batteries. The powertrain's energy efficiency extends to that of the materials that are part of the design, both outside and inside, creating efficient, profitable and sustainable vehicles from scratch.

The H2X team is currently working on various hydrogen related projects in sectors such as railways, the marine industry, and stationary energy storage systems. It is also developing a range of heavy electric vehicles related to the commercial industry and mining sectors, which are scheduled for launch shortly . These works support the development of technology.

All the vehicles that have been planned to date will be built on a chassis made in Europe or America , which will be completed with the rest of the components that will be assembled locally. It includes the imminent range of heavy commercial vehicles and another of passengers.

The future range of passenger vehicles will collect the experience of the first industrial vehicles. Brendan Norman, CEO of H2X, assures that they are working on their commercial viability , which largely depends on the adoption of hydrogen technology, highly influenced by the perception and acceptance of the general public. H2X is evaluating the right time for its introduction to be accepted by the general market.

H2X has already closed several agreements with Australian and foreign companies, to start production in the first phase of its production plan.