The Grand America is equipped with floor boards, engine protection guard and a windscreen. The K 1600 GTL is made for long touring. It comes with a top box as well as side cases.

All three motorcycles are equipped with a 6-cylinder, in-line engine that has a capacity of 1,649 cc. It produces 160 hp of max power at 6,750 rpm and a peak torque output of 180 Nm at 5,250 rpm. The engine is specifically designed for torquey power delivery. It is mated to a 6-speed transmission that transfers the power to the rear wheel via a shaft drive. There is throttle by wire technology and three riding modes namely, Rain, Road and Dynamic on offer.

In terms of equipment, the K 1600 line-up of motorcycles comes with a 10.25-inch TFT colour display with integrated map navigation and connectivity. There is also offering dynamic engine brake control and dynamic electronic suspension adjustment with automatic load levelling. The Grand America and GTL versions come with an audio system. On the K 1600 B, the sound system is offered as an extra option. 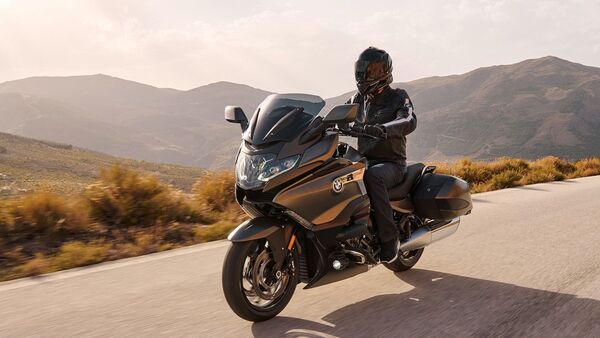 The K 1600 B gets a bagger like design language which some people prefer.