Home Auto News You Can't Buy Beer, But May Drive Big Trucks At 18 Years In This Country

You can't buy beer, but may drive big trucks at 18 years in this country

The proposed policy has already faced it share of flak for being 'one of the dumbest and most dangerous proposals'.
By : Bloomberg
| Updated on: 05 Sep 2020, 09:16 AM 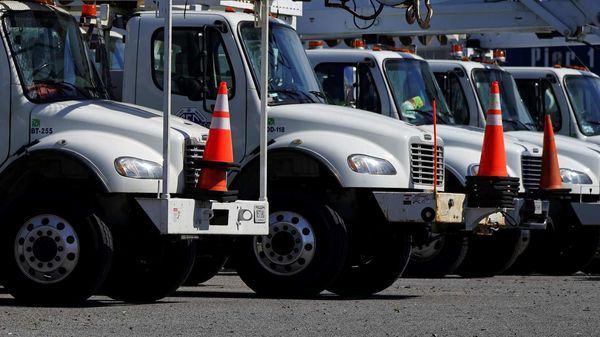 United States is considering a pilot program to test lowering the age limit for interstate commercial drivers from 21 to 18.

An 18-year-old can’t buy a beer in most US states, but pretty soon he or she may be able to drive a commercial truck across state lines -- and that has safety advocates alarmed.

The Federal Motor Carrier Safety Administration is considering a pilot program to test lowering the age limit for interstate commercial drivers from 21 to 18, the agency announced Friday.

Lowering the age requirement is backed by the trucking industry, which is struggling to fill seats in commercial vehicles as a shortage of truck drivers is forecast to double in the next decade, according to the American Trucking Associations. Safety groups have raised concerns about the idea of lowering the age of drivers who often must travel long-hauls in heavy vehicles with large loads.

“You’re talking about an age group that has the highest risk of being in a crash and now you’re going to put an 18-year-old behind the wheel of an 80,000-pound rig?" Jackie Gillan, a board member of Citizens for Reliable and Safe Highways, said in an interview on Friday. She called the proposal “one of the dumbest and most dangerous proposals" that the trucking regulator has ever come up with.

The FMCSA would require the participants to have commercial driving licenses and take part in a 120-hour probation and a subsequent 280-hour period under an apprenticeship program established by an employer. Participants in the pilot group would not be allowed to operate vehicles hauling passengers or hazardous materials or special configuration vehicles.

The FMCSA, which announced Friday it is starting the rule making process for a pilot program, will take comments on the proposal for 60 days.

Forty-nine states and the District of Columbia currently allow 18- to 20-year-olds to drive commercial trucks for intrastate commerce, the motor carrier safety agency said. But they can’t cross state lines and that would change under the pilot program and legislation currently being considered in Congress. Bills have been introduced in both the House and the Senate.

“Young people in North Dakota are raised on hard work," Senator Kevin Cramer, a Republican from that state, tweeted on Friday. “They’re ready and able to handle important responsibilities, accept whatever challenges life throws at them, and take advantage of good opportunities placed in front of them. They’d be prime candidates for this program."

American Trucking Associations, which lobbies for trucking companies, said the pilot program was “a significant step toward improving safety on our nation’s roads, setting a standard for these drivers that is well beyond what 49 states currently require."

ATA President Chris Spear said in a statement that “if our freedom can be defended from tyranny around the world by our men in women in uniform, many well below the age of 21, then it’s quite clear that we can train that same group how to safely and responsibly cross state lines in a commercial vehicle."