Volkswagen's Wolfsburg factory which produced about 780,000 cars annually on an average over the past 10 years, has been affected due to global semiconductor shortage.
By : HT Auto Desk
| Updated on: 03 Oct 2021, 10:16 AM 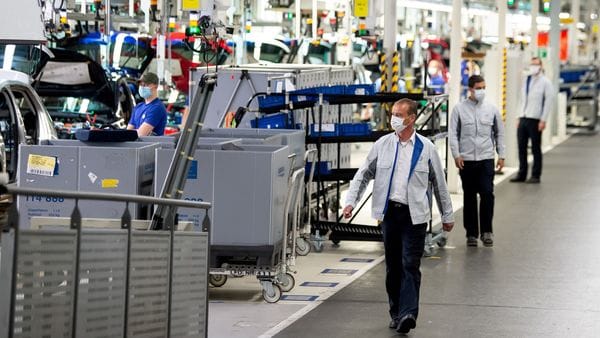 Though the factory is set to begin production of an electric car - dubbed Trinity - in 2026, it is too late to ensure sufficient utilization of the site, VW works council chief Daniela Cavallo and her deputy Gerardo Scarpino said in a joint statement, Bloomberg reported. “The location needs a quicker way toward e-mobility," Cavallo said.

Volkswagen's Wolfsburg factory which produced about 780,000 cars annually on an average over the past 10 years, has been affected due to global semiconductor shortage, which has hampered manufacturing. Due to the ongoing scarcity of semiconductor chips, the output at Wolfsburg this year could even fall below the level of 2020, when the Covid-19 pandemic pushed production to just below 500,000 cars.

In an initial goal agreed in a labor pact five years ago, the carmaker targeted to make at least 820,000 vehicles in Wolfsburg last year.

The facility which is quite big is pitted by Volkswagen CEO Herbert Diess against Tesla Inc.’s factory that’s under construction outside Berlin and is slated to start production next year. Volkswagen has plans to upgrade Wolfsburg facility with the latest electric-vehicle technology and software operations.

Semiconductor shortage has gripped the automotive industry since last year and it still seems far from over. The crisis has led many auto majors to slash or even pause their production for weeks leading to billion-dollar losses.