The Candela P-8 Voyager electric flying taxi boat has been designed for long-range exploration while leaving behind zero carbon footprint and zero noise pollution.
By : HT Auto Desk
| Updated on: 06 Jun 2022, 11:37 AM 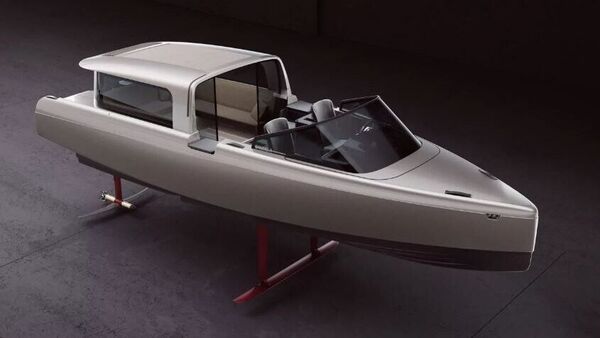 Stockholm-based company Candela, that manufactures hydrofoil electric boats that fly above the surface of the water, has recently unveiled its newest electric flying taxi boat called P-8 Voyager. The watercraft relies on a similar hydrofoil system that is used in Candela's other electric boats and sources power from a specifically developed pair of submerged motors that provide it with 50 kW of power.

The Candela P-8 Voyager has been designed for long-range exploration while leaving behind zero carbon footprint and zero noise pollution, letting the marine life stay unaffected or undisturbed. “The P-8 Voyager was designed to take you and your passengers to the places you love on the water, without leaving a trace," says Gustav Hasselskog – CEO and Founder at Candela. 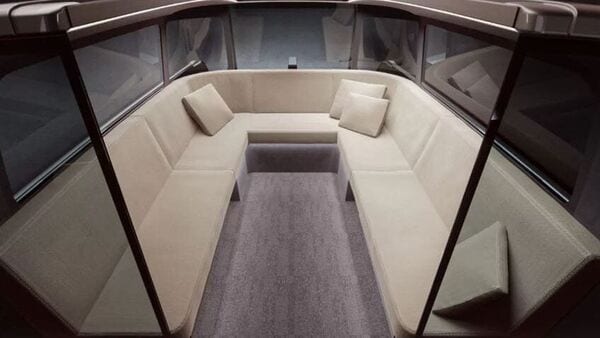 The boat comes with an onboard flight controller that automatically changes the foil's angle of attack when the boat reaches 16 knots; this allows it to be lifted off the ground and fly above the waves in the oceans. The P-8 Voyage can handle four- to five-foot chop and boat wakes courtesy its high riding height and quick adjusting capability.

The P-8 Voyager features a seating capacity of up to six people and is claimed to be an all-weather marine vehicle. It comes with optional air conditioning or heating inside the cabin so that occupants feel comfortable throughout the journey despite the weather conditions outside.

The electric flying taxi boat has a range of 40 nautical miles per charge traveling at 22 knots. It is claimed to have achieved a range which is about four times longer than various other electric boats available in the market today. The company claims that with a full charge, the P-8 Voyager can travel the entire San Francisco Bay.

The vehicle is said to have a life as much as that of a human with requirement of minimal maintenance. It will also keep getting over-the-air (OTA) updates via the mobile application.