Watch: This gigantic RV was created to explore Antarctica

Called the Antarctica Snow Cruiser, the RV had a hybrid diesel-electric motor engine and 10-foot wheels.The RV was permanently parked in the South Pole after it failed to complete its mission.
By : HT Auto Desk
| Updated on: 21 Sep 2021, 08:00 PM 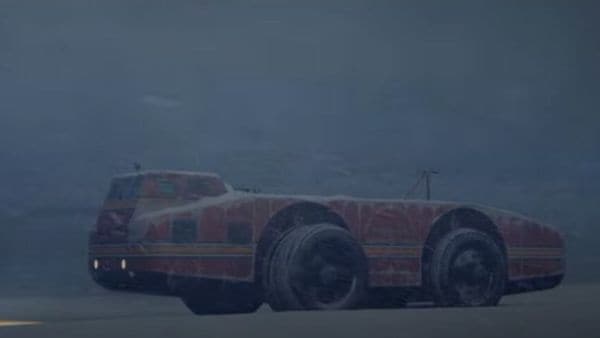 Screengrab from the video posted on YouTube by Mustard.

Once upon a time, a recreational vehicle (RV) was developed to explore the unyielding and tough Antarctica. Known as the Antarctica Snow Cruiser, this vehicle was massive and way ahead of its time in terms of technology. It was made keeping in mind a crew of five people who planned to stay on the continent for a year.

It was designed by the Armour Institute of Technology based in Chicago. The vehicle featured massive 10-foot-tall wheels that looked indestructible and were designed in such a way that these can absorb the shock of Antarctica's terrain. It came with huge overhangs that were designed to work with a hydraulic suspension. This was done with an intention so the RV's front or rear could be lowered to slide across splits of measure up to 4.5 meters on the icy ground.

The designers also incorporated a diesel-electric hybrid system in the vehicle making it the first of its kind in those times. The engines were designed keeping in mind the range. On one hand, these helped as range extenders while on the other, the electric motors in the wheels helped the vehicle to move, said a report by Carscoops. The drivetrain was created in such a way that it was fuel-efficient as well as the absence of driveshafts made the interior of the vehicle more open and spacious for its users.

The production was carried out in a rushed manner, informed the report, and the drive of the RV from Chicago to the port in Boston took more time than expected. Its power output of 75hp was not sufficient for the heavy RV. During its journey from Boston, the vehicle also created a traffic blockade constituting 70,000 vehicles. It was one of the worst traffic jams ever recorded at those times, stated the report.

Though it eventually landed in Antarctica, its mission remained far from completion. The cruiser was permanently parked there and was used as a lab. However, its location today remains unknown.