The California Highway Patrol team forcefully brought a Tesla EV to a halt after it was reported that the car was being driven by activating the Autopilot while the driver was reportedly unconscious.
By : HT Auto Desk
| Updated on: 19 Sep 2021, 03:56 PM 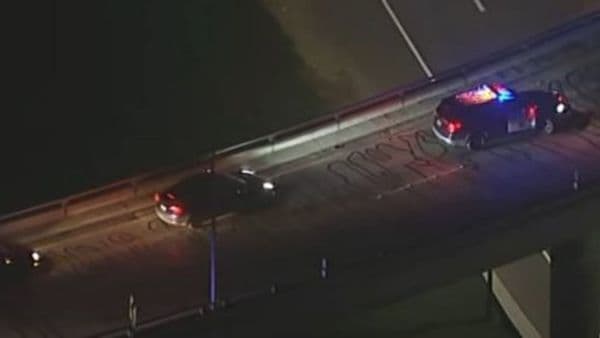 Screengrab from the video posted on YouTube by ABC7.

A video recently uploaded on YouTube showed how the California Highway Patrol team had to deal with a Tesla vehicle that was being driven reportedly on Autopilot as the driver was being suspected to drive under the influence of alcohol.

The incident was reported by ABC7 Los Angeles where the electric vehicle hit a roadside wall and then continued its journey. As per the report, the officials slowed the EV down at first before forcing it to come to a stop. According to the California Highway Patrol incident log, the Tesla model first hit a roadside wall and then the electric car kept on moving as the person behind the wheels was reportedly in an unconscious state. However, no injuries have been reported.

(Also read | What went wrong with Tesla Model 3 in Florida? NTSB to probe the latest crash)

The video attracted comments where some responded as to how this Autopilot feature of Tesla can be helpful in the future while a driver is drunk but many criticised this act by saying that this can put many others out on the road in danger. A few also commented that one shall not criticise the technology as the users who are driving should act more responsibly.

Tesla has been drawing some flak due to its Autopilot feature after some accidents that led to casualties. A recent study also highlighted that the EV maker's Autopilot feature can lead to less attentive driving. A study based on MIT Advanced Vehicle Technology data showed that Tesla drivers become less focused on driving after activating the Autopilot feature.

It was observed in the study that users driving their Tesla models get frequently distracted and for a longer time after they switch on the Autopilot. It was found that they looked at the centre screen more often. As soon as they deactivated the feature, they paid more attention to the road.

Though it seems Tesla owners are using the Autopilot feature as per their wish, Tesla has maintained that its driver assisting technology is not entirely autonomous and some amount of driving has to be performed from the driver's side.