Joe Biden wants to replace around 650,000 vehicles in US government fleet with electric vehicles.Volkswagen is looking at a larger share in the EV market in the US, one that is dominated by Tesla.
By : HT Auto Desk
| Updated on: 28 Jan 2021, 10:30 AM 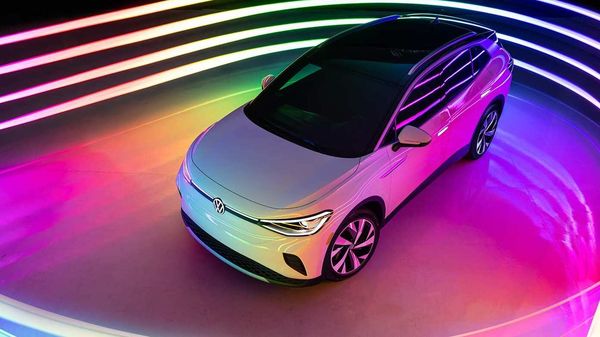 Volkswagen plans to start producing ID.4 electric vehicle in US by 2022.

US President Joe Biden recently said he wants to replace vehicles in the present government fleet with electric vehicles that are made by Americans in the country itself. It is an announcement that has caught the fancy of many, one being Volkswagen boss Herbent Diess who applauded the decision and then went on to underline his company's plans for an EV push in the United States.

Biden, who took oath as the 46th US President earlier this month, has been pushing forward with plans to tackle climate change. It is a fight in which battery-powered vehicles will have a major say. Among many of his plans, Biden has said he would want all conventional vehicles in the government fleet to be replaced by EVs. "The federal government also owns an enormous fleet of vehicles, which we're going to replace with clean electric vehicles made right here in America, by American workers," he said recently.

(Also read: What Joe Biden as US President means for American oil industry)

Diess was quick to congratulate the US president and also took the opportunity to highlight how Volkswagen is betting big on EVs here. "Dear @POTUS, you want to replace your fleet by #EVs. Good decision and good timing, @VWGroup is ready to deliver! We will start our e-offensive in the US. And by 2022 we will produce our #ID4 also locally in Chattanooga," he wrote on his Twitter account.

Dear @POTUS, you want to replace your fleet by #EVs. Good decision and good timing, @VWGroup is ready to deliver! We will start our e-offensive in the US. And by 2022 we will produce our #ID4 also locally in Chattanooga. https://t.co/qmD2eTBeW4

Volkswagen has been determined to have a larger share and say in the global EV market, one that is currently dominated by Tesla. And while Tesla is headquartered in California, it is now that Volkswagen is looking at increasing its presence in the field of electric mobility in the US.

The time of internal combustion engines may indeed be coming to an end as more and more car makers start to bet big on battery power. And with governments the world over looking to support electric mobility, companies like Volkswagen are eager to close the gap with Tesla.

In the particular case of what Biden said, the move to replace government vehicles with EVs could be a major boost for manufacturers with such options. There are around 650,000 vehicles in the US government fleet. Replacing these with EVs could cost around $20 billion or even more. But this means there is massive scope as well. EV makers would now look at not just going mass market but may also eye this fat space of US government fleet, as indicated by Diess.