Volvo Cars has bagged recognition in its work towards sustainability from agencies such as EcoVadis, S&P and CDP.
By : HT Auto Desk
| Updated on: 15 Feb 2022, 05:43 PM 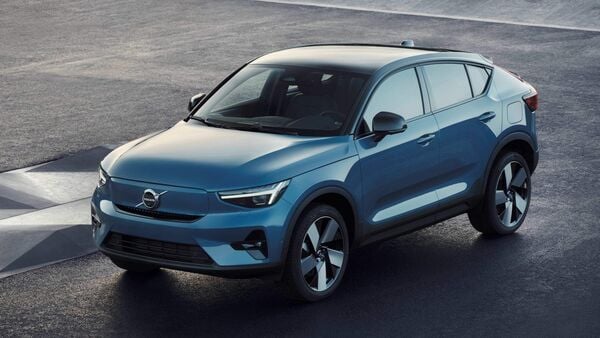 File photo of Volvo all-electric C40 Recharge - its first product to be offered as an electric only model and first to be sold exclusively online.

The agency, based on its methodology, stated that Volvo's sustainability performance deserves an Advanced ranking for its “structured and proactive approach". The resulting Platinum Medal rating placed the company in the top 1 per cent among all 75,000 companies assessed by EcoVadis.

Separately, Volvo Cars bagged a Bronze rating in the annual Corporate Sustainability Assessment by ratings provider Standard & Poor’s (S&P), which is known for its stringent sustainability assessments. The Bronze rating placed the carmaker among the top 10 per cent of assessed automotive companies for environmental, social and corporate governance.

The agency praised the carmaker's performance in the environmental category, and recognised for its efforts in tackling greenhouse gas emissions and waste disposal. Further, the company was also included in S&P's 2022 Sustainability Yearbook, which features only the highest performers in each industry.

Volvo has made a comprehensive climate plan, addressing the carbon emissions across its operations and products, with the ambition to become a climate-neutral company by 2040. As a first step, the company aims to reduce its lifecycle carbon footprint per car by 40 per cent between 2018 and 2025. It aims to reduce annual carbon emissions by 2.5 million tonnes and ensure 25 per cent of the material within its new cars is recycled and bio-based by 2025.