Volkswagen ID.6 is capable of running 450 km on a single charge.Photo of the EV were reportedly released by China's Ministry of Industry and Information Technology.
By : HT Auto Desk
| Updated on: 04 Feb 2021, 04:14 PM 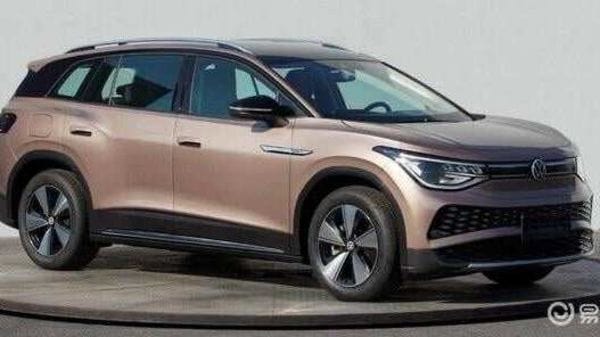 Pictures of ID.6, the electric SUV from Volkswagen, have been leaked online, ahead of its expected launch in 2022 in China. This is going to be the largest electric SUV from the German automobile giant’s ID series of EVs. It will launch in Europe and North America after the Chinese launch as a zero-emission alternative to Tiguan AllSpace.

As is clear from the images, which were reportedly made availble by China's Ministry of Industry and Information Technology, the vehicle is based on the I.D. Roomzz concept which was displayed for the first time at the Shanghai Motor Show in April of 2019. However, the production model comes with a large front grille as compared to the concept that had multiple LED lights at the same place. The roofline and wheels too are different in the production model as compared to the concept. But the headlamps appear similar to the I.D. Roomzz with a single LED strip connecting them.

The electric SUV is based on the MEB architecture which is specially designed to underpin the electric vehicle fleet of the automaker. The large family car gets power from two electric motors powering each axle. There is a 75 kW motor at the front and a 150 kW unit at the rear, generating 225 kW power output as combined. The electric motors are paired with an 82 kWh lithium-ion battery pack. The upcoming VW ID.6 will be able to run around 450 km on a single charge.

If the SUV follows the same dimension of the concept model, it would come with a length of 4,915 mm, a 1,890 mm of width, 1,780 mm of height and a wheelbase of 2,965 mm. Expect amble ground clearance as well, considering Volkswagen will aim it to project as a capable off-roader as well. However, the company is yet to reveal the official details yet.