Home Auto News Volkswagen Aims To ‘re Invent’ Itself By 2030, Beat Tesla As Ev Market Leader

Volkswagen aims to ‘re-invent’ itself by 2030, beat Tesla as EV market leader 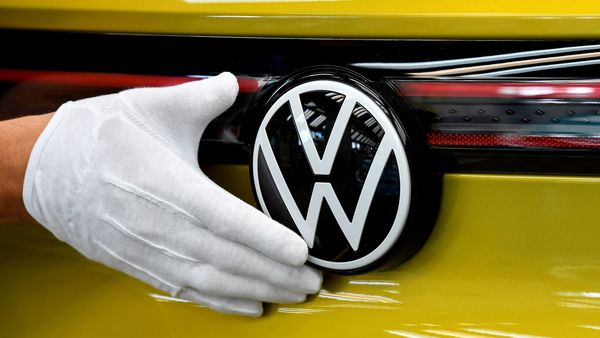 File photo: An employee cleans the paint in the final inspection at the production line for the electric Volkswagen model ID.4 electric car.

Volkswagen Group plans to rework its strategy for a zero-emission and autonomous future, as the German carmaker aims to take on key rivals like Tesla in coming days. Volkswagen Group intends to further expand its share of the electric car market in coming days as the Group CEO Herbert Diess said it aims to re-invent itself as a car brand by the end of this decade.

Addressing the virtual Annual General Meeting of the Volkswagen Group, CEO Herbert Diess said, "With our NEW AUTO strategy, we will reinvent Volkswagen by 2030. We are facing the greatest transformation since the switch from horse-drawn carriages to automobiles at the beginning of the 20th century."

Diess said that cars from the Volkswagen Group, which also include some of the popular brands like the Audi, Bentley, Bugatti, Lamborghini, Porsche and Skoda, will be sustainable, safe, smart and 'ultimately autonomous within the next ten years'.

In the clearest indication that Volkswagen is now focussed to unseat Tesla as the world's most popular electric vehicle brand, Herbert Diess said that e-mobility is the only way to significantly reduce CO2 emissions in road traffic over the next ten years. "Our goal is to become the world market leader for e-vehicles," Diess stated.

“With the Group-wide electric modular system MEB, Volkswagen will be the market leader in the volume segment by 2025. With the broad ID. family, including ID.3, ID.4, ID.5, ID.6 & ID. BUZZ, we are building the most comprehensive electric portfolio in the industry," Diess added.

In Germany alone, Volkswagen has improved market position to its strongest since 2016 with share of around 20%. Among the four top-selling cars were the Golf and Tiguan, followed by the Passat and T-Roc.

"With a 26 percent market share, the Volkswagen Group sold more electric cars in Europe in the first half of the year than any other company," said Diess. Volkswagen Group considers it is the right time to step up its shift towards e-mobility worldwide with the help of its own production facilities in big EV markets outside Europe, like China and US.