Ex-Nissan boss Carlos Ghosn fled to Lebanon at the time he was out on bail in Japan awaiting trial on several financial misconduct charges.
By : Bloomberg
| Updated on: 08 Jul 2020, 11:56 AM 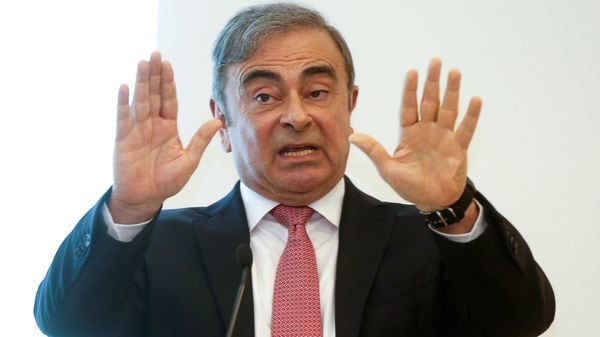 Ghosn wired the money in two installments to Promote Fox LLC, a company managed by Peter Taylor and one of his brothers, the government said in a Tuesday court filing. Taylor and his father, ex-Green Beret Michael, were arrested by US authorities in May at the request of the Japanese government, which is seeking their extradition for allegedly helping Ghosn flee to Lebanon in December. At the time, Ghosn was out on bail awaiting trial on several financial misconduct charges.

Tuesday’s filing, based on records included in the official extradition request Japan filed last week, indicates that prosecutors in the US and Japan have a detailed understanding of the audacious plot to extract Ghosn from Tokyo. If Michael and Peter Taylor are extradited, the Japanese government would likely present the financial documents alongside immigration records and security camera footage mentioned in other court filings to illustrate the Taylors’ role in the escape.

Michael and Peter Taylor have been fighting to be released on bail while a federal magistrate in Boston decides whether they are eligible for extradition under the US treaty with Japan. According to prosecutors, the payments from Ghosn show the Taylors have the financial means to escape and should be considered flight risks.

According to both US and Japanese authorities, the Taylors engineered a cloak-and-dagger plot that involved smuggling Ghosn onto a private jet inside a large box designed for audio equipment. Federal prosecutors have argued that the Taylors’ expertise in high-stakes escapes makes them “exceptionally high" flight risks.

The Taylors on Monday filed an emergency petition seeking their immediate release, arguing that they do not qualify for extradition because helping someone jump bail is not a crime in Japan. They also said they were at risk of contracting the coronavirus while in custody.

In addition to fighting extradition in court, the two men have also mobilized lawyers and lobbyists in Washington to enlist the help of Trump administration officials and members of Congress.