US presidential polls: How Joe Biden's presidency would impact the auto industry

US presidential elections sees Joe Biden take on Donald Trump. Will a Democrat President be better news for the auto industry or have Trump's policies worked thus far?
By :
| Updated on: 31 Oct 2020, 09:11 AM 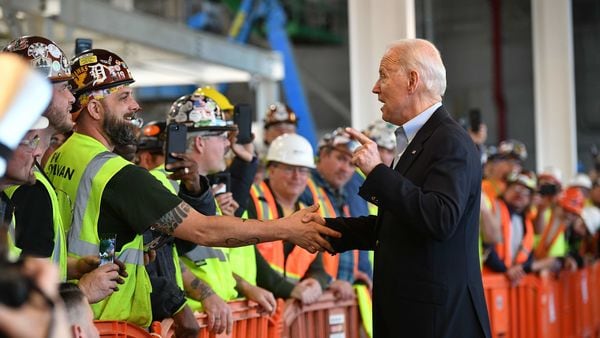 A central piece of Democratic presidential candidate Joe Biden's bid for the White House is a drastic change in US environmental policy.

Here is a detailed look at Biden proposals that would impact automakers should he defeat Republican President Donald Trump on Tuesday:

Biden's climate plan includes the promise to reinstate and advance more stringent fuel economy standards that were implemented during the Obama administration but rolled back by Trump.

Under the 2012 Obama rules, automakers had to reduce carbon dioxide emissions for passenger and light-duty vehicles by 3.5% annually from 2017 to 2021 and by 5% per year from 2022 to 2025. California has been allowed to set its own, stricter zero-emissions standards, which are followed by 12 other US states.

Voicing concerns over the standards' cost to manufacturers, Trump in April finalised rules that lowered year-over-year emissions reductions to 1.5% through 2026. The administration also withdrew California's waiver to set stricter standards, sparking a legal battle and forcing automakers to pick a side in the fight.

Automakers said the policy reversal saved them at least $1 billion in annual compliance costs but left the industry divided.

Biden's plan states he will work on fuel economy standards that go beyond those set up under the Obama administration, but has not provided additional details. A June plan by the Democratic-led US House of Representatives proposes reductions of at least 6% per year, starting in 2026.

Biden has promised $400 billion in public investment to transition to clean energy, including advanced battery technology and electric vehicles.

Under Biden's plan, the federal government will support states and local officials to build 500,000 new electric vehicle charging outlets by the end of 2030. 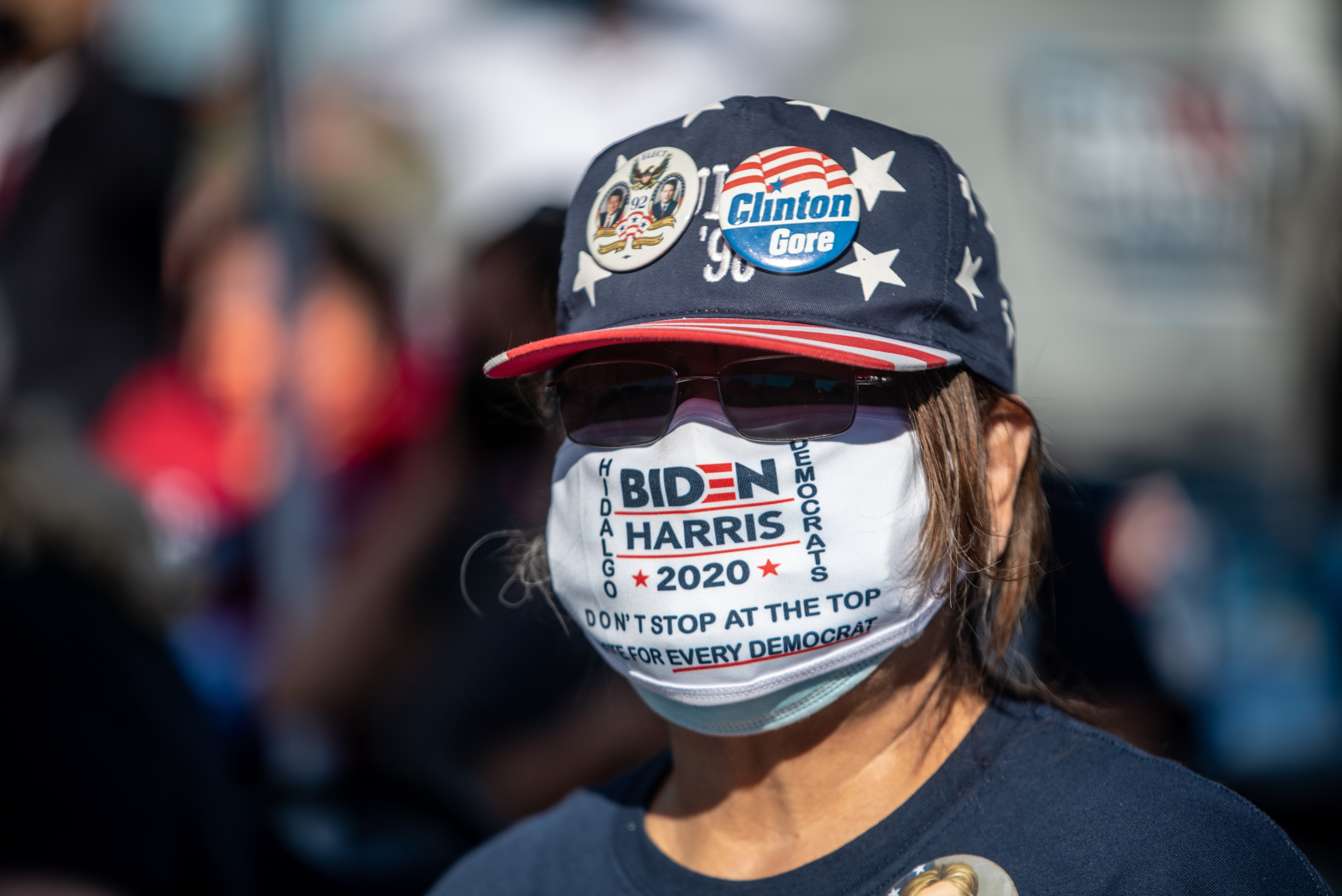 An attendee wears a Biden Harris 2020 protective mask during a get out the vote campaign event in Edinburg, Texas. (Bloomberg)

Biden has said he wants to encourage consumers to buy electric cars through tax credits. The US federal government is currently subsidising electric cars with a $7,500 consumer tax break for the first 200,000 vehicles an automaker sells.

So far, only Tesla Inc and General Motors have hit the cap. Subsidies for Tesla finished at the end of 2019, while those for GM ran out on March 31.

Congress at the end of 2019 declined to extend the cap to 600,000 electric vehicles per carmaker.

Biden has said he wants the tax credit to benefit middle-class consumers and prioritise the purchase of vehicles made in America.

That could pose a challenge to some automakers other than Tesla. Ford plans to build many of its future electric vehicles in Mexico and Canada. GM is planning premium-priced electric Cadillac and Hummer models costing more than $100,000.

Biden has also said he wants to set up a "cash for clunkers" rebate program that would encourage Americans to trade their older, polluting cars for new electric vehicles.

That plan could be modelled after a $450 billion program introduced by US Senate Democrats last year, aimed at replacing 63 million gas-powered cars with electric vehicles within 10 years. Under the plan, consumers would receive a rebate of at least $3,000 for trading in their car.

Biden has said his climate plan aims to create 1 million new jobs across the auto industry, from suppliers to manufacturers and infrastructure.

He has also said his policies should benefit union workers and create more unionised jobs.

The United Auto Workers (UAW) union, representing more than 400,000 active members, in April reliably endorsed the Democratic presidential candidate. But nearly a third of UAW members defied their union's recommendation in the 2016 election by voting for Trump. Many auto workers are concerned that a switch to electric vehicles will destroy their jobs.

It is not clear how Biden would wind down the trade war with China, which has restricted the flow of US exports of vehicles and auto parts. The Biden team has said he would "re-evaluate" tariffs on imports of Chinese-made vehicles, parts and materials.

Since those tariffs were levied, prices have risen on materials such as steel and aluminium, while manufacturing jobs have declined, according to the Federal Reserve.

Biden would likely take a multilateral approach with allied countries to blunt China's economic clout through stronger support for the World Trade Organisation (WTO) and enforcement of existing trade rules, according to the Center for Automotive Research.

Biden is also expected to seek membership for the United States in the Trans-Pacific Partnership (TPP).