US House proposal would give electric vehicles big boost

The House plan boosts electric vehicle credits to up to $12,500 per vehicle, including $4,500 for union-made vehicles and $500 for US-made batteries.The bill would award $6 billion for the US Postal Service to purchase electric delivery vehicles and infrastructure.
By : Reuters
| Updated on: 30 Oct 2021, 09:09 AM 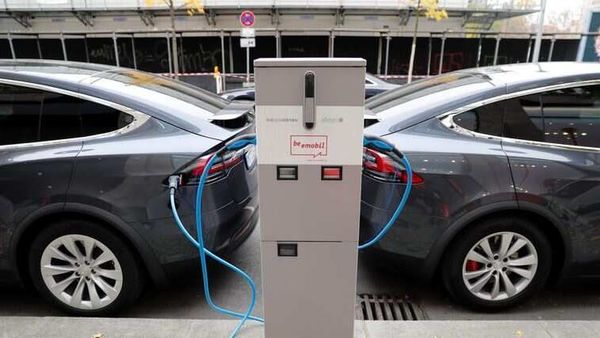 A $1.75 trillion Democratic spending proposal could give a big boost to electric vehicles especially to Detroit's Big Three automakers and the U.S. Postal Service.

The House plan boosts electric vehicle credits to up to $12,500 per vehicle, including $4,500 for union-made vehicles and $500 for U.S.-made batteries. Vehicles would have to be made in the United States starting in 2027 to qualify for any credit.

The EV tax credits would cost $15.6 billion over 10 years and disproportionately benefit Detroit's Big Three automakers - General Motors, Ford Motor and Chrysler-parent Stellantis NV - which assemble their U.S.-made vehicles in union-represented plants. Foreign automakers have harshly criticized the decision to give union-made vehicles a big leg up, while the United Auto Workers union strongly supports it.

Tesla and foreign automakers do not have unions representing assembly workers in the United States and many have fought UAW efforts to organize U.S. plants.

Honda said in a letter Friday "this tax credit plan would pit Americans working for the three 'legacy' companies against the American workers of other automakers."

The bill would award $6 billion for the U.S. Postal Service to purchase electric delivery vehicles and infrastructure. USPS said Friday it estimates under the bill "all delivery fleet acquisitions could feasibly be electric by 2028, and a corresponding 70% of our entire delivery fleet by" 2030.

In February, USPS awarded a 10-year contract to Oshkosh Defense, a subsidiary of Oshkosh, to build a mix of internal combustion and EV delivery vehicles that could be worth$6 billion. The EV proposal eliminates phasing out tax credits after automakers hit 200,000 electric vehicles sold, which would make GM eligible, along with Tesla.

Energy Secretary Jennifer Granholm defended the decision to exclude Tesla from the higher credit, telling CNBC: "We want to make sure that we do everything possible to encourage that business and labor really focus on elevating the standards for everyday Americans." The bill would create a new electric bike and three-wheel vehicle tax credit, a 30% credit for commercial electric vehicles and $4,000 used EV tax credit.

It would authorize $3.5 billion for "domestic manufacturing conversion" grants for electric and other green vehicles and provide $3 billion to boost a U.S. loan program to retool existing auto plants to build more fuel efficient models and expand it to cover zero-emission trains, airplanes, boats and Hyperloop technology.