The US Air Force plans to start testing the viability of having electric vertical-takeoff-and-landing (eVTOL) machines in military missions.
By : HT Auto Desk
| Updated on: 09 Apr 2021, 01:30 PM 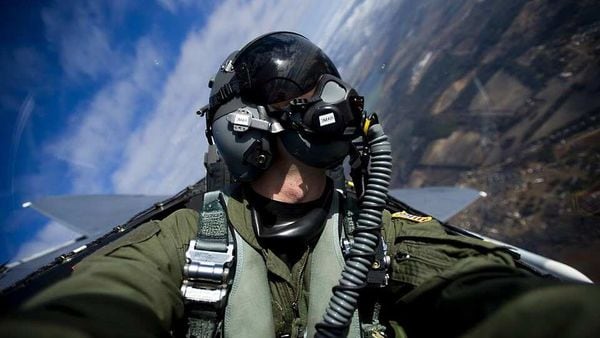 The US Air Force has plans of putting a flying car to the test in a bid to ascertain its abilities and capabilities in a conflict zone. According to multiple reports, the country's air force is mulling the possibility of deploying these still-under-development aerial cars for wide-ranging application areas.

According to Defense News, the US Air Force plans to start testing the viability of having electric vertical-takeoff-and-landing (eVTOL) machines in military missions. Such vehicles have the potential of being dispatched for missions ranging from rescuing troops, conducting surveillance operations or even delivering cargo. While the tests are slated to begin sometime in May, it isn't likely that such vehicles would be deployed in the real world anytime soon.

The so-called flying car in focus is the eVTOL Hexa from Lift Aircraft. Equipped with 18 electric motors, it claims to be compact enough to be packed and dispatched through a transport aircraft for deployment in far-flung areas.

@VTOLsociety exclusive: "@LIFTAircraft’s HEXA Gets a Boost," #eVTOL news, Aug 24:
"The five new production aircraft are now under construction, with two to be allocated to @usairforce flight test and evaluation activities."https://t.co/U7bvAx6DRx pic.twitter.com/RHwTeA6Ef2

The need to harness the developments in the world of mobility is being widely recognized by forces around the world. While unmanned drones have brought future to the present, security analysts say that the focus on carrying out sensitive operations while also reducing the possibility of loss of lives is only going to increase in coming times.

Then there is the challenge of varying terrain and weather conditions that have often prevented certain operations from being carried out, or at least made it challenging. With several key players working on developing flying cars for commercial use, it could well see military application, sooner rather than later.