US military may soon use electric combat vehicles for stealth operations

The range of application for electric combat vehicles could be far and more varied than their counterparts making use of conventional fuels.It is not, however, simple to just plug in and charge at any location and especially not while carrying out missions.
By : HT Auto Desk
| Updated on: 24 Apr 2020, 11:35 AM 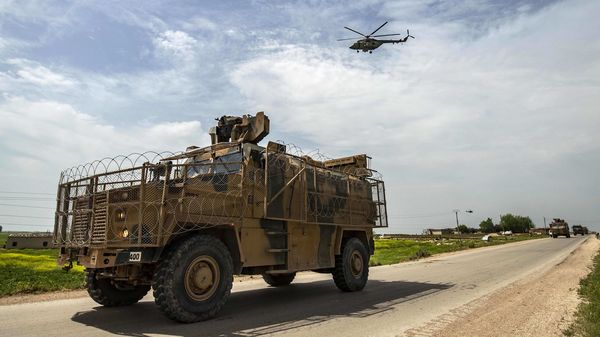 This is a photo of a Turkish military MRAP (Mine-Resistant Ambush Protected) vehicle and has been used here only for representational purposes.

Large vehicles powered by an internal-combustion engine may have proven capabilities in a wide variety of conditions but electric vehicles are closing the gap at lightening pace. This is probably why the US military is reportedly considering inducting battery-powered combat vehicles in the times to come even if there are some vital creases that need to be ironed out.

According to Electrek, Lt. General Eric Wesley, head of the US Army’s Futures and Concepts Center reportedly told Breaking Defense in an interview that battery-powered trucks being developed by the likes of Tesla show enormous promise and could pave the way for EVs to join military duty. He is learnt to have said that with a move towards electric vehicles, prices of conventional vehicles could rise owing to fluctuations in prices of parts. "Tesla is building large trucks. UPS and FedEx are starting to buy vehicles to learn how they move into that area. The entire automotive industry is migrating toward this idea of electrification, and there’s a lot of good reasons for it. And as the entire industry goes to electrification, the supply of internal combustion engine parts is going to go down, and therefore prices are going to go up," he is quoted as saying.

Lt. General Wesley admits that charging an electric vehicle may not be a simple task, especially during active missions. It is not like a charging point is everywhere and the vehicle can be conveniently plugged in under heavy gunfire. He adds however that with technology advancing, many of these concerns are likely to be addressed. "Battery costs have gone down precipitously over the last 10 years. Recharge times and range (have been enhanced). The trajectory that all of that is on, in the next two years, it’ll be far more efficient to have an electric vehicle than internal combustion, so we’re already, I would argue, late to the need."

The range of application for electric combat vehicles could be far and more varied than their counterparts making use of conventional fuels. One of the biggest advantages could well be that an EV operates silently and can contribute enormously in stealth missions. Also, with advancements constantly being made in autonomous drive capabilities, the future could well see soldiers making use of self-driving electric combat vehicles in hostile territories for purposes like surveillance, supply and transport.