EV charger installations in UK need to increase to 35,000 points a year, from 7,000 now, according to a report by the Policy Exchange think tank.Getting the charging infrastructure ready quickly enough is a challenge around the world.
By : Bloomberg
| Updated on: 02 Feb 2021, 09:37 AM 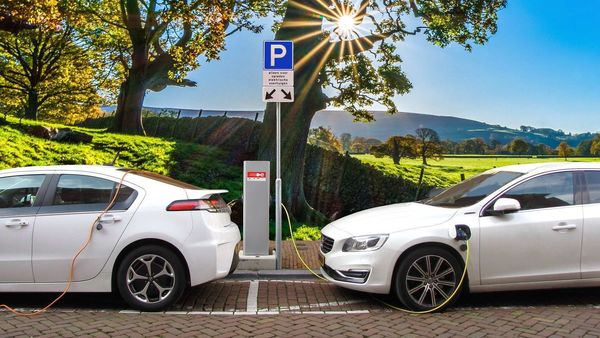 Britain will need to install electric-vehicle charging points five times faster during this decade to prepare for a ban on the sale of new gasoline and diesel cars from 2030.

Installations need to increase to 35,000 points a year, from 7,000 now, according to a report by the Policy Exchange think tank published on Tuesday. Expanding at the current speed will lead to black spots in rural areas, it said.

The government announced Tuesday 20 million pounds ($27.4 million) of extra funding for an on-street residential charging scheme that would double the rollout of points installed under the plan to 8,000. That doesn’t come close to the pace needed, according to the report.

Britain is looking at its growing fleet of electric cars as both a way to create jobs and balance the power grid, moving transport to the center of the fight against greenhouse gas emissions. National Grid Plc is expecting as many as 30 million electric vehicles on the road by 2040.

“To make EVs a practical choice for all drivers, the U.K.’s network of public charge points needs to expand rapidly," said Ed Birkett, researcher at Policy Exchange and co-author of the report. Without reforms, “the rollout of EV charge points will remain uneven, with fewer in rural areas and outside of London and the South East."

The government can bring down costs by procuring charge points through competitive tenders focused on areas that are under-served, using the same auction process as for offshore wind projects, Policy Exchange said.

Getting the charging infrastructure ready quickly enough is a challenge around the world. Having enough places to power up is thought to be the key to uptake of electric vehicles. China expanded its public electric vehicle charging network in December at an unprecedented pace -- installing 112,000 connectors in just one month. That’s more than the 97,000 public chargers the U.S. has installed since 2010.