The TVS Asia One Make Championship is slated to be held in Malaysia this year, alongside the FIM Asia Road Racing Championship (ARRC).
By : HT Auto Desk
| Updated on: 14 May 2022, 12:47 PM 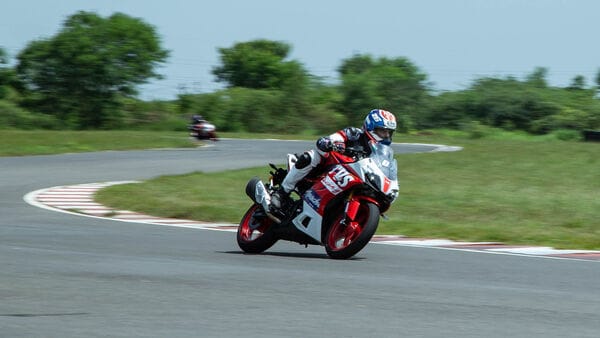 TVS Racing, the factory racing team of TVS Motor Company, has recently announced its 16 rider squad for the TVS Asia One Make Championship. It comes out as the first-ever global-level road racing championship by an Indian manufacturer.

The TVS Asia OMC is slated to be held in Malaysia this year, alongside the FIM Asia Road Racing Championship (ARRC).

The company announced that the selection round was based on rider skill, their latest best achievements, and their lap timings ensured that only the best talent got selected for the debut championship. In addition, the company further announced that the consistency and adaptability of riders were also the other key parameters that were taken into consideration.

As per the company, the TVS Asia One Make Championship is a platform to discover new talents while also showcasing the qualities and capabilities of the company’s finest race bike - Apache RR 310. This bike was also launched in the Philippines last year. It comes with a 312cc SI, four-stroke, four-valve, single-cylinder, liquid-cooled engine. This motor has been responsible for developing 34 bhp of maximum power and 27 Nm of peak torque and comes mated to a 6-speed manual gearbox.