Home Auto News Toyota To Launch 16 Evs, Lexus To Become All Electric By 2030

Toyota to launch 16 EVs, Lexus to become all-electric by 2030

Toyota president Akio Toyoda shared the company's plans to introduce a compact SUV, a midsize SUV, a large SUV with three rows and a midsize sedan, all in electric forms in the upcoming years.Toyota will also bring in a full lineup of affordable mass-production models.
By : HT Auto Desk
| Updated on: 14 Dec 2021, 02:22 PM 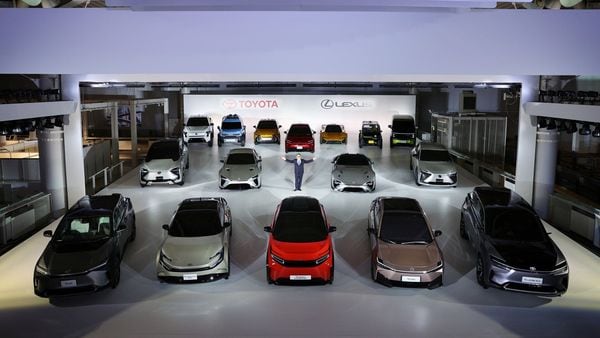 Toyota has plans to make electric vehicles that are affordable.

Toyota Motor Corporation in a media interaction on Tuesday informed about its electrification and battery EV strategies. Company president Akio Toyoda took the opportunity to share that the automaker's strategy for achieving carbon-neutrality stressing on expanding battery electric vehicles. “I believe that achieving carbon neutrality means realizing a world in which all people living on this planet continue to live happily. For that challenge, we need to reduce CO2 emissions as much as possible, as soon as possible," he added.

Starting with the electric vehicle bZ4X that the automaker recently introduced, it informed that it is all geared up for its launch next year and is now looking forward to expanding the bZ lineup series. It showcased a midsize SUV with a sharp silhouette which Toyota stated as a new era for battery EVs. It also has a compact SUV in the series that will come with a small battery and a comfortable interior designed with Europe and Japan. With range and affordability in mind, Toyoda said, “The more batteries you add to extend cruising range, the bigger, heavier, and more expensive a vehicle becomes." 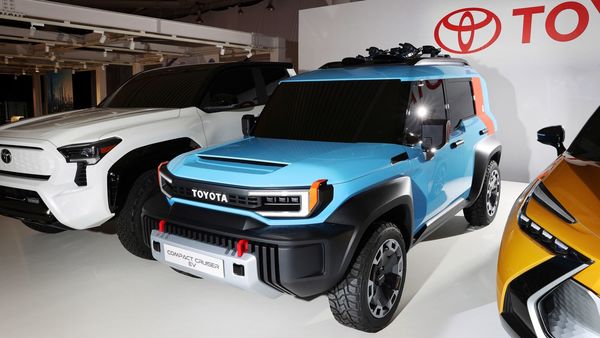 Toyota will introduce a compact SUV, a large SUV and a midsize sedan in electric forms in the following years. (Toyota)

With this compact SUV in its plans, the company wants to focus on power efficiency. “The important thing is to what degree we can increase a vehicle's overall energy efficiency, in other words how much less energy a vehicle needs to run. This is exactly the technology that Toyota has been refining for more than 30 years," added the president. Toyota is aiming for a power consumption of 125 watt-hours per kilometre for this compact SUV line which has the potential to become the highest in the segment.

The company has also planned an all-electric midsize sedan and a large electric SUV that will feature three-row seats. Toyoda stated that the automaker will not only add battery EV options to existing vehicle models but will also bring in a full lineup of affordable mass-production models such as the bZ series to cater to all kinds of customers. He also announced that its Lexus brand will expand the options for carbon-neutral vehicles by offering a full lineup of battery EVs. “We plan to roll out 30 battery EV models by 2030, globally offering a full lineup of battery EVs in the passenger and commercial segments," Toyota concluded.