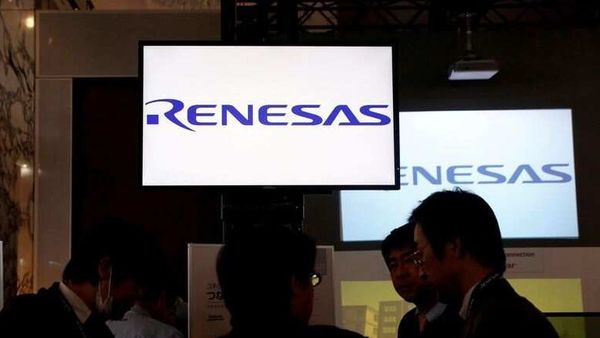 Renesas slid as much as 5.4%, while customers from Toyota Motor Corp. to Honda Motor Co. and Nissan Motor Co. also fell in early trading. One of the biggest suppliers of car chips, Renesas was forced to halt a Japanese plant Friday after a fire broke out in one of its clean rooms, critical areas designed to keep impurities from contaminating semiconductors.

Chief Executive Officer Hidetoshi Shibata warned the plant could be sidelined for a month and cost the company 17 billion yen ($156 million) in revenue.

Global automakers were already struggling to keep assembly lines operating amid a shortage of chips caused by booming demand for laptops, tablets and home electronics during the pandemic. The Renesas fire will likely worsen the crunch, estimated earlier this year to cost global automakers about $61 billion in lost sales in 2021.

Shibata had told Bloomberg News earlier in March that shortages could persist into the second half, joining other industry leaders in bracing for a chip crunch to snarl production of cars and gadgets well past the summer.

Renesas has production facilities at six sites in Japan. The N3 building where the fire broke out is home to 300-millimeter wafer production, which would make it one of the company’s more advanced lines. In 2019, Renesas was the third-largest maker of automotive silicon. Toyota is one of its biggest customers, according to Bloomberg’s supply chain analysis.

“Supply will remain tight through the first half of the year," Shibata said in the interview published March 12. “And the way things look now, the situation will continue into the second half. But it’s anyone’s guess."