Home Auto News Toyota May Shift Ev Production To Us On One Condition. Details Here

Toyota may shift EV production to US on one condition. Details here

Under Joe Biden, automakers are being urged to push forward with their respective EV plans and expand EV product portfolio.Toyota has already announced it will introduce two all-electric vehicles in the US starting in 2022.
By : Bloomberg
| Updated on: 03 Jun 2021, 08:53 AM 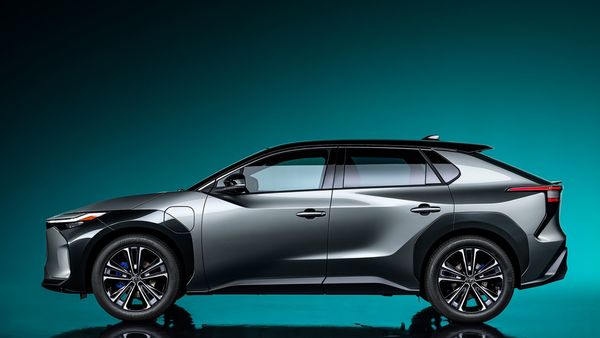 File photo of Toyota bZ4X EV concept. This car will be the first model from the bZ portfolio of the Japanese car brand.

Toyota Motor Corp. may shift electric-vehicle production to the US if demand continues to grow, a top executive said, the latest sign that the Japanese carmaker is joining peers in embracing the technology.

Toyota would consider production at an existing or new factory in the US in response to a sustained increase in American consumers’ appetite for battery-powered vehicles, Bob Carter, the company’s executive vice president for sales in the US, said in an interview Wednesday.

“When the consumer demand is there, when the business model is there, we’ll build it," he said.

(Also read: Toyota unveils new electric vehicle, a compact SUV with a battery at its heart)

The automaker has no current plans to invest in US EV production, he said, and he didn’t specify what sales threshold would justify such a move. Industrywide supply-chain issues -- including a shortage of lithium-ion batteries -- need to be resolved before Toyota could mull a decision on building EVs in the US, he said.

Carter, the carmaker’s top US sales executive, made the comments on the sidelines of a media event at its North American headquarters, outside Dallas. Toyota unveiled several new or refreshed products, including a crossover version of its popular Corolla compact sedan. While the company has gas-electric hybrid versions of many of its bestsellers, the Corolla Cross will debut as a gasoline-only model in the US.

The company announced earlier this year that it will introduce two all-electric vehicles in the US starting in 2022: a Toyota crossover called the bZ4X and an as-yet-unnamed Lexus model built on the same platform. The two vehicles, both of which will be made in Japan, come as Toyota races to catch up with rivals in the small but fast-growing EV market.

The Biden administration has encouraged the auto industry to sell more EVs as part of a broader environmental agenda to reduce carbon emissions. The White House also has championed US manufacturing in plants whose workers are represented by organized labor. 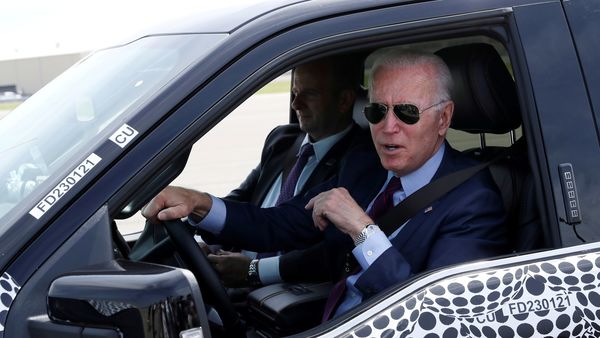 Some US lawmakers, such as Democratic Senator Debbie Stabenow of Michigan, are pushing for increased government subsidies to make it more affordable to buy battery-powered vehicles. They’re also seeking financial incentives for EVs that are made in the US with unionized labor. Buyers of vehicles made by companies such as Toyota that operate nonunion plants and which import all-electric EVs would be excluded from accessing the full subsidies.

Policies favoring certain automakers are misguided, Carter said, because they distort the market and become a distraction from the longer-term aim of eliminating carbon emissions.

“When you start adding location of manufacturing or even who manufactures, you’re straying way off what the end game is," he said. “The one that should pick the winners and losers is the consumer."

Toyota has set a relatively modest goal for all-electric or fuel-cell-powered vehicles to make up 15% of total U.S. sales by 2030. Ford Motor Co. has targeted 40% by the end of this decade, while General Motors Co. has pledged to sell only EVs by 2035.

Carter defended Toyota’s approach to electrification, which leans heavily on sales of standard hybrid and plug-in hybrid vehicles, saying consumers have been cautious about making the jump to battery-electric vehicles. “The BEV is still largely an incremental vehicle in the garage," he said.

The move to start sales of EVs marks something of a U-turn for Toyota. The carmaker withdrew from EVs in the US seven years ago when it stopped producing an all-electric version of its bestselling RAV4 crossover sport utility vehicle.