Toyota unveils new electric vehicle, a compact SUV with a battery at its heart

Toyota bZ4X is the company's attempt at showing strong intentions in the world of electric mobility.

Toyota Motor Corp. is accelerating up its push into electric vehicles with the release of its first SUV built on a new EV platform, joining Volkswagen AG’s splashy bet on the future of electric cars.

The world’s largest carmaker previewed its “bZ4X," an electric SUV sitting on its new “e-TNGA" platform at the 2021 Shanghai Auto Show on Monday. The vehicle is a compact SUV that resembles Toyota’s popular Rav-4, but is built on a entirely new platform and features a distinctive yoke instead of a traditional steering wheel, as well as a system that can recharge the car’s battery using solar power. Toyota bZ4X is just one of as many as 15 battery electric vehicles planned to be introduced by 2025.

By 2025 Toyota plans to introduce 15 EVs, including seven “bZ" series models globally, said Toyota Chief Technology Officer Masahiko Maeda, speaking at a briefing Monday. The bZ4X is the first of the “bZ" series, which stands for “beyond zero," or cars that exceed being “just zero-emission," according to Toyota.

Toyota plans to produce the bZ4X in Japan and China and sell it worldwide by mid-2022. 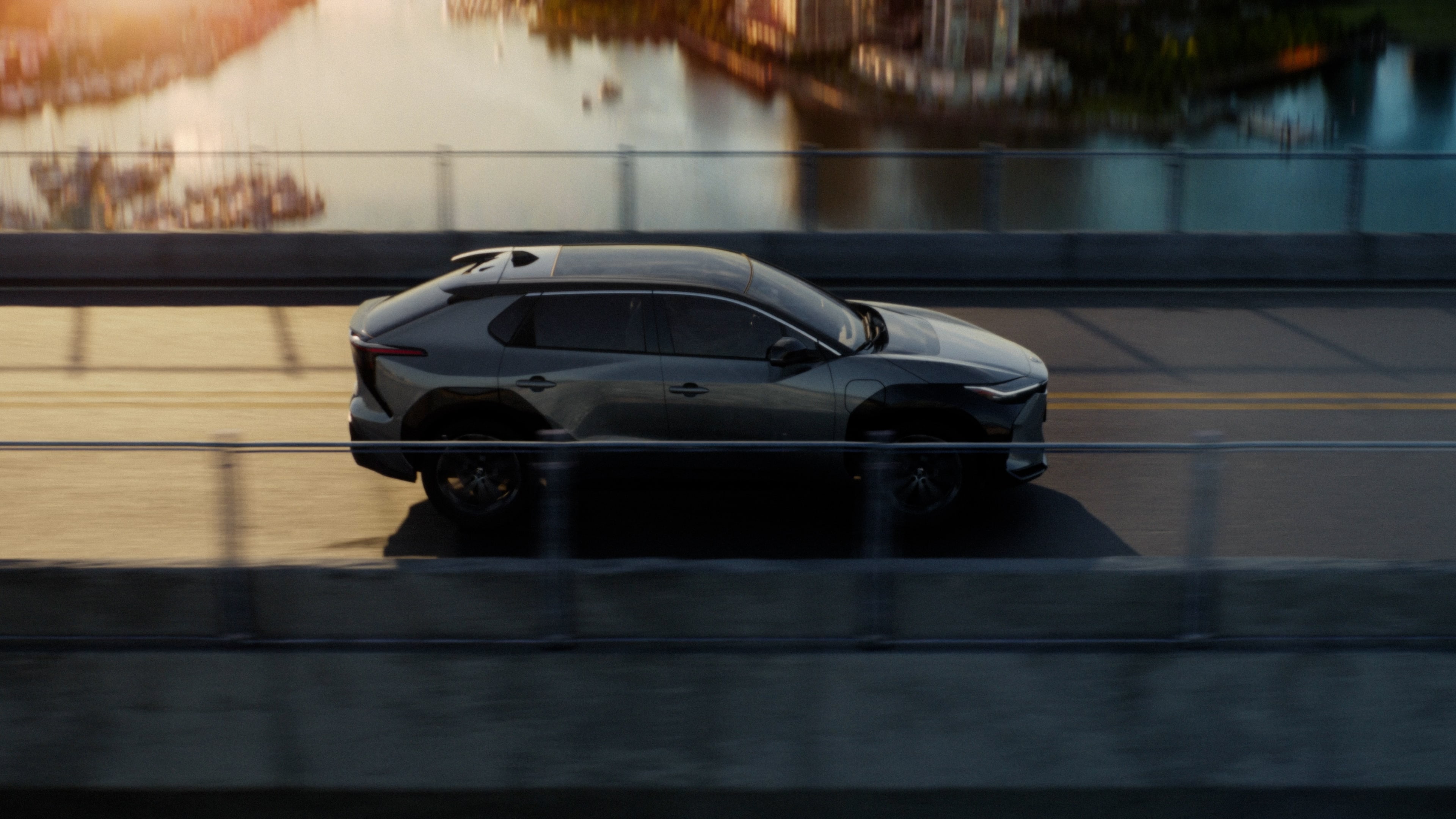 Toyota bZ4X is based on the Rav-4 that is a common sight in several markets around the globe.

The move from Toyota comes as major automakers pivot toward electrification, with countries from Japan to the U.K. pledging to phase out gasoline-only vehicles over the coming decades. Until now, hybrid heavyweight Toyota had taken a more cautious approach to EVs, but that’s starting to change with the latest debut. By comparison, Volkswagen, Toyota’s main global rival, announced last month a $29 billion bet on new battery technology to accelerate its shift to EVs.

“Toyota isn’t behind Volkswagen and others when it comes to EV development, it just hasn’t been as vocal as others," said Bloomberg Intelligence analyst Tatsuo Yoshida. “The ambitious announcement for new models was a surprise, but it was just Toyota finally revealing what it’s been working on for some time." Toyota bZ4X cabin appears to be a blend between familiar features done in a futuristic layout.

The Japanese automaker says the e-TNGA platform will speed up deployment of new EVs, reducing development time and allowing different models to be designed in parallel. The platform can be fitted to a broad range of vehicle sizes, and while certain key elements remain fixed, the battery and electric motor — the most expensive parts of an EV — can be adjusted based on the model.

The ability to produce cars of different prices and sizes based on its modular platform will give Toyota the ability to reach a wider swathe of consumers — younger consumers in China demanding smaller and cheaper models such as the $4,230 SAIC Motor Corp.-General Motors Hongguang Mini EV. The e-TNGA platform is a similar approach to that Volkswagen is taking with the MEB car platform, used by the German automaker and its subsidiaries for electric car development.

“In the years since we first introduced the Prius, we’ve not pushed forward with any single technology, instead preparing numerous options including fuel cell, hybrid, plug-in hybrid and electric vehicles," Toyota’s Maeda said. The company will expand its number of electrified models, which includes hybrids, to around 70 by 2025.