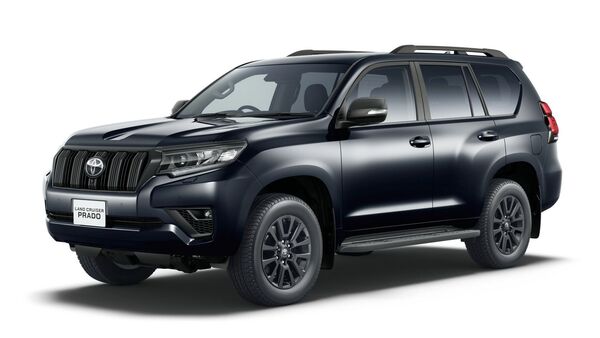 Matte black parts also adorn the vehicle's fog light bezels, headlight garnish and its six-spoke 18-inch aluminum wheels. However, there is no change in the powertrain of the SUV, and appears to continue using either the 201-horsepower or 149-kilowatt 2.8-liter diesel or the 163-hp or 121 kW 2.7-liter gasoline engine. All four wheels get power through a six-speed automatic gearbox.

(Also read | Toyota Fortuner has a new variant, and is the Leader of the pack)

The Toyota Land Cruiser Prado Matte Black Edition is being sold for $32,662 to $38,739 as per the current exchange rates. The Land Cruiser Prado is similar to the Lexus GX available in the US. It is smaller than the standard Land Cruiser and designed to be a little less rugged than its full-blown sibling.

The Land Cruiser entered a new generation last year and went on sale for the 2010 model year but since then, the SUV market has significantly changed and a new LC Prado could be in the works already. Toyota had launched the all-new Land Cruiser LC300 last year with all-new underpinnings in the form of Toyota’s TNGA platform.

The SUV received a major styling overhaul and a revamped interior that aligned the model with the rest of the SUV segment. Land Cruiser’s new platform is expected to underpin the revamped Land Cruiser Prado whenever its updated version arrives in the market.