Toyota Kirloskar Motor is focusing on mass electrification and has plans to manufacture electric vehicles not only for the country but for export as well.
By : HT Auto Desk
| Updated on: 27 Jun 2022, 10:25 AM 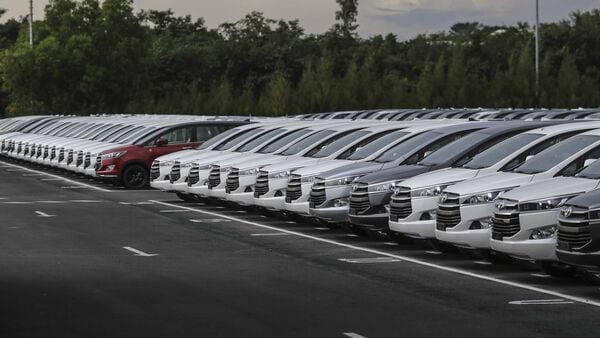 Toyota Kirloskar auto parts unit TKAP announced the inauguration of its new electrified components line, E-Drive, as a part of its initial agreement with the Karnataka government worth ₹4,800 crore. According to a PTI report, this agreement focuses on reducing carbon emissions among others. The new E-Drive is an Advanced Automotive Technology (AAT) that will come with a high-speed motor and this is notified under the Production Linked Incentive scheme (PLI).

Toyota Kirloskar Motor (TKM) is focusing on mass electrification and has plans to manufacture electric vehicles not only for the country but for export as well. The company said that for rapid electrification in India, it is important to achieve a significant reduction in the cost of hybrid vehicles (xEV) and hence manufacturing EV parts in the country at a global scale and quality by using advanced skill levels is the need of the hour.

Since all xEV technologies are complementary and share common EV parts, the technology-agnostic approach will be able to back the realisation of large-scale economies and investment viability. “We believe that with the localization of E-Drive, there will be a higher penetration of electrified mobility including strong hybrid electrified vehicles (SHEV) in the country," TKM was quoted in the report. The E-Drive facility with an annual capacity of 1,35,000 has been set up at Bidadi in Karnataka which will facilitate the supply of electrified parts which will later be used in the production of electric vehicles.

Toyota is currently gearing up to introduce its upcoming SUV, Hyryder, which may compete against the likes of Hyundai Creta. The Toyota Hyryder is the result of the partnership between the two Japanese automakers, Suzuki and Toyota.