Rising input cost has been blamed by Toyota for its decision to hike prices across all its models in the country.
By : HT Auto Desk
| Updated on: 15 Dec 2021, 12:02 PM 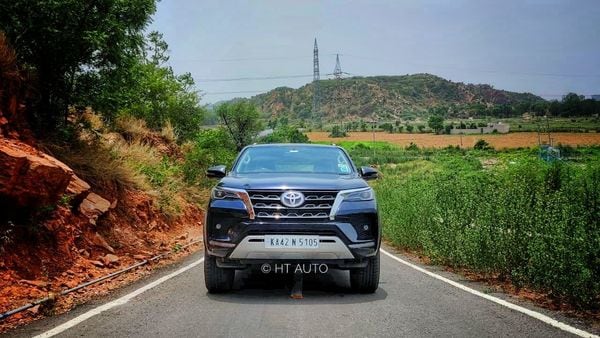 Toyota Kirloskar Motor on Wednesday announced a price hike across all its car models offered in India from January 1 of 2022, including bestsellers Fortuner SUV and Innova Crysta.

In a press statement, Toyota informed that the ‘price realignment’ has been necessitated because of ‘sustained increase in input costs including raw materials.’ The company further added that it has made efforts to ensure that the impact of cost increase on its customers is as low as is possible.

Toyota is now one of several car and two-wheeler companies to have announced a price hike on its range of models. Rising prices of inputs and a global shortage in semiconductor chip has resulted in big challenges for many brands here.

While recent months have seen several high-profile launches of new as well as facelift models, waiting period has also bloated for many of these products. It is reported that some variants of popular small and SUV vehicles in particular have a waiting period spanning several months.

Demand for vehicles has been on an upswing with lowering of Covid-19 cases in the country. But production cycles and supply issues have been posing a threat that is unlikely to go away even in 2022. Federation of Automobile Dealers Associations (FADA) recently noted that the festive period in November was the worst in around a decade and especially pointed towards chip crisis affecting production and thereby impacting dispatch to dealers. Passenger vehicle registrations stood at 3,24,542 units, down 26 per cent from 4,39,564 units in the festive period last year. (Read more here)

Society of Indian Automobile Manufacturers (SIAM) has also highlighted the present and persisting challenges. ""Manufacturers were banking on the festive season to recover from the severe drop in sales they have faced in the early part of the financial year 2021-22. However, shortage of semiconductors and steep hike in raw material cost have been a major spoilsport for the industry," SIAM Director General Rajesh Menon said.