Toyota Corolla was first introduced in the late 1960s and the model has been around for over five decades and 12 generations.Toyota has also brought in the Corolla Cross in the SUV segment.
By : HT Auto Desk
| Updated on: 05 Jan 2022, 09:28 AM 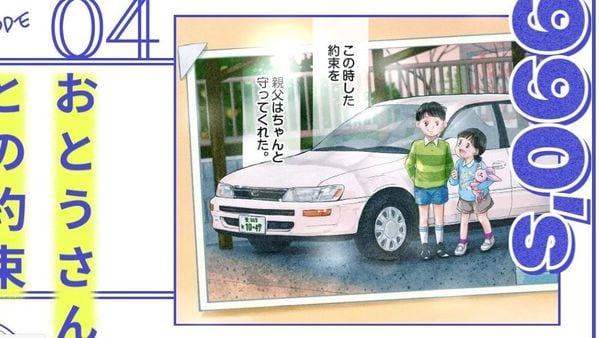 One can navigate through the decades since the introduction of Toyota Corolla to know the stories of the model's owners.

Toyota has created a five-part manga series to commemorate the production milestone of 50 million units of its best-selling model Corolla. The Toyota Corolla has witnessed a production timeline of over five decades with 12 generations. The first Corolla was introduced in the late 1960s, a period that saw rapid economic growth.

The manga comic series has illustrations that demonstrate Corolla models in each decade since the 1960s. These comical sketches are inspired by real-life pictures of Corolla owners and one can find the original photographs at the end of each comic strip. The automaker also informed that at a time when owning a car was limited to a certain group of people, Corolla was born with the idea of ‘making cars for everyone.’

The first-generation model was called Corolla E10. Toyota Corolla has been offered in multiple body types such as hatchback, sedan, coupe, wagon and minivan. This increased the popularity of the model which gained acceptance across markets around the world including its home country, Japan.

For celebrating Toyota Corolla's 50-million milestone, the carmaker has also introduced a special ‘50 Million Edition’ iteration for its wagon, hatchback and sedan variants, though these special editions models will be only available in Japan.

Since 1960s, the model from the automaker has come a long way. Toyota also offers a crossover version called the Corolla Cross for the extremely demanding SUV segment. The latter also comes in a hybrid version. Currently, Toyota is gearing up to bring in Toyota GR Corolla for the US market that was teased last year.

In a separate development, Toyota is planning to introduce its own software operating system for its vehicles by 2025, reported Nikkei. This system will be capable of handling advanced operations such as autonomous driving, management of electric motors and batteries that will support entertainment and navigation in the vehicles.