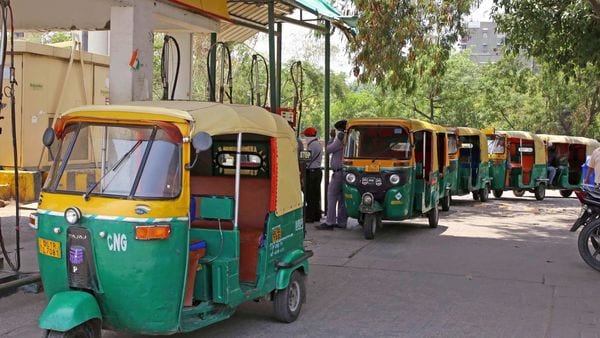 File photo: Autorickshaws line up for CNG filling after the government eased a nationwide lockdown imposed as a preventive measure against the spread of the coronavirus, in New Delhi.

Torrent Gas, which holds licence to retail CNG to automobiles and piped cooking gas to household kitchens in 32 districts across seven states, commissioned 10 outlets in Uttar Pradesh, four in Punjab, three in Gujarat and Telangana each and one in Rajasthan.

Its CNG stations were part of the 56 newly-built ones that Oil Minister Dharmendra Pradhan dedicated to the nation through a web event on Friday, the company said in a statement.

Speaking on the occasion, Jinal Mehta, director, Torrent Gas, said, "With the commissioning of these 21 CNG stations, we have set up a total of 58 CNG stations within a relatively short span of time."

Torrent Gas, he said, is committed to making CNG for vehicles and PNG for industries and residences widely available across all its operational areas and thereby contribute towards the socio-economic development of these regions.

Torrent Gas is targeting to set up a total of 200 CNG stations across its authorised areas by June 2021. 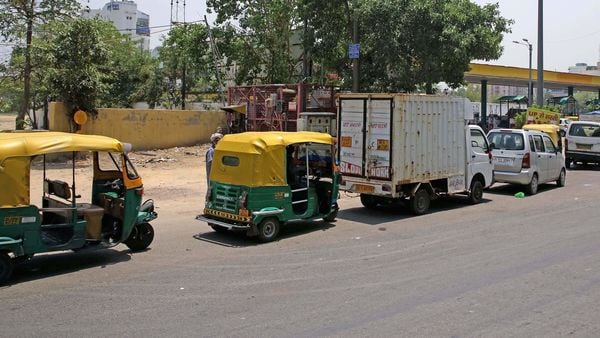 File photo: Vehicles line up for CNG filling after the government eased the nationwide lockdown.

Appreciating the progress made in setting up the CNG stations, especially in the upcountry regions over the last couple of months, Pradhan said, "The energy and enthusiasm of CGD (city gas distribution) entities in setting up and dedicating this CNG infrastructure for the next generation, despite the pandemic, is commendable. Today, 72 per cent of the population and 52 per cent of the geographical area of the country is covered by CGD network."

"In future, all fuels, including CNG would be provided at the doorstep of the customers through a mobile delivery system," the statement quoted Pradhan as saying.

Torrent Pharma, the flagship company of the group, is a dominant player in the cardiovascular and central nervous system (CNS) segments with global presence spread across 40 countries.

Torrent Power is one of the largest private sector players in the power sector with presence across the entire power value chain -- power generation, transmission and distribution. It has an installed generation capacity of 3,879 MW and distributes power to over 3.65 million customers in 10 cities in three states.

Torrent's authorised areas across the country have a population of approximately 9-plus crore people, which is about 7 per cent of the total population of India.