From two premium sedans to SUVs and a premium hatchback, the new year is promising to commence with an onslaught of new products from Tata, Audi, Toyota and more.
By : HT Auto Desk
| Updated on: 26 Dec 2020, 10:15 AM 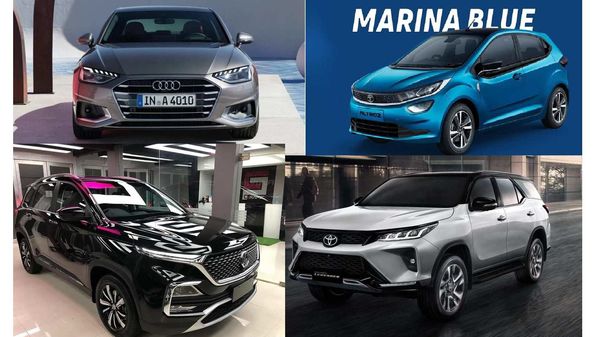 A number of automakers are lining up with new car launches for the start of 2021.

A number of automakers are lining up with new car launches for the start of 2021. From two premium sedans to SUVs and a premium hatchback, the new year is promising to commence with an onslaught of new products.

Toyota has recently announced that it is all-set to launch the updated Fortuner SUV in the Indian market on January 6th. Along with the Fortuner facelift, Toyota will also introduce the higher-spec Fortuner Legender variant in India on the same day.

Tata Motors has been testing the Altroz Turbo-Petrol variant on the Indian roads for quite some time and the i20 Turbo rival will finally go on sale in the country on January 13th. Along with a more powerful petrol engine, the premium hatchback will also bring along a new Marina Blue paint shade which will be exclusive for the turbo-ed Altroz.

Extending the Hector family further, the Chinese-owned British car marque is all-set to introduce the more-seated version of the Hector Plus SUV. While currently, the Hector Plus is present in a six-seat configuration sporting captain seats in the middle row, the upcoming model will have a bench set up instead.

The BMW 3 Series Limousine made its public debut for the very first time at the 2019 Shanghai Auto Show. In comparison to the standard model, it is overall 120 mm longer. It is going to be positioned between the current BMW 3 Series and the 5 Series in India.

The updated A4 premium sedan is going to be launched in January 2021. The luxury carmaker has already started accepting pre-bookings on the sedan for a token amount of ₹2 lakh. The new A4 has been tweaked with a number of new features such as an updated touchscreen infotainment system, a new MMI interface for the interior, and more.