Home Auto News This Supercar Maker Is Ditching Italy For Detroit. Here's Why

This supercar maker is ditching Italy for Detroit. Here's why

Supercar maker De Tomaso says a current partnership with Ford has early powertrain development being done in Detroit.The move is a unique tactic for a privately funded brand that hasn’t sold cars officially in the United States since the late 1970s.
By :
| Updated on: 22 Oct 2020, 10:57 AM 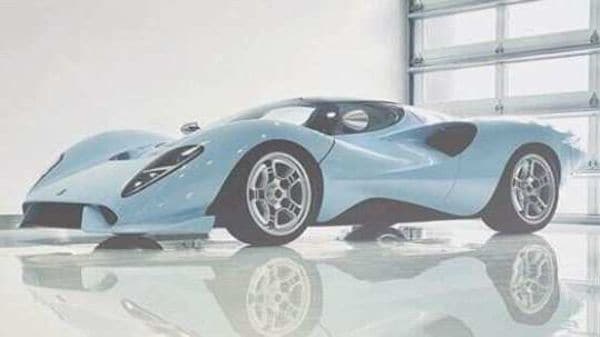 An obscure Italian supercar brand from the 1960s is trying to rebuild itself… in America.

De Tomaso, the company that built the oddly chiseled Pantera supercar famously owned by Dimebag Darrell Abbott, the lead guitarist of the ’80s thrash metal band with the same name (pantera is the Spanish and Italian word for panther), has announced it will move its headquarters, research and development, and fabrication to the US, starting in 2021.

Chief Executive Officer Ryan Berris says a current partnership with Ford has early powertrain development being done in Detroit. The company is “in negotiations" regarding a 50,000-square-foot building in the area, Berris says. Other locations are also being considered.

The move is a unique tactic for a privately funded brand that hasn’t sold cars officially in the States since the late 1970s. But it’s not out of nowhere: The US has long been a destination for small automakers that build special performance cars, including Hennessey and Shelby American. On Oct. 10, Washington-based SSC set the world record for speed in a production car. In August, the Wall Street Journal published a column by retired racer and California builder Steve Saleen, who claimed the Chinese government had stolen intellectual property associated with supercars he built under his Saleen brand name.

Although it lacks current production cars, De Tomaso debuted the $1 million P72 supercar at the Goodwood Festival of Speed last year. The company seems blithely unwilling to play speculative one-upmanship: “I mean, 700 horsepower, 750—whatever you want to quote, I’m fine with," Berris says, in response to a question about the car. He says the actual horsepower number is “for us, irrelevant. It’s not about the numbers. It’s about having something that is different."

The P72 is a tribute to the De Tomaso P70 (aka Sport 5000) that unsuccessfully attempted to race the Sebring 12 Hours and the 24 Hours of Le Mans in 1966. If it reaches production by the optimistic 2022 timeline De Tomaso has set, it will be the first model the manufacturer will have built in the US Ford will provide the engine, a supercharged five-liter V8 built by the team that built the engine for the modern Ford GT. A six-speed manual transmission will come standard. 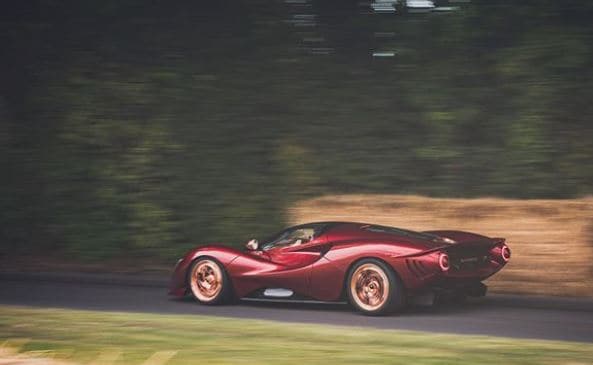 The model joins other lesser-known ultra-low-volume newcomers to the supercar market as the Maserati MC20, Lotus Evija, Pininfarina Battista, aforementioned SSC Tuatara, and the Gordon Murray Automotive T.50, all of which have been announced or have reached production within the last year.

“The middle market is disappearing," Berris says about joining the fray. “We’ve reached the tipping point."

Founded in 1959 by Argentine racing driver Alejandro de Tomaso, De Tomaso Automobili built such models as the Pantera and the gull-wing Mangusta. It sits firmly in the universe of historic Italian design, but never became quite the pillar of beauty and performance as Ferrari, Lamborghini, Maserati, or Alfa Romeo. Its reputation was plagued by overheating and quality and build problems, with most of its powertrains sourced from Ford.

In 1971, Ford acquired an 84% stake in the company, with de Tomaso himself holding the rest. He suffered a stroke in 1993, after which his heirs liquidated the company. In 2014, Hong Kong-based Ideal Team Ventures paid $1.8 million for the rights to the brand, which had experienced several botched revivals in the meantime.

Berris says the spotty history of De Tomaso is worth salvaging. “We are not positioning the brand based on performance. The performance will be sufficient, nothing more than what you need," he says, preferring to call the car: “a true art piece.

“What is in our heart is carrying forward the spirit with which we fell in love with cars," he says.

A company press release said the reason for De Tomaso’s transition from its previous headquarters in supercar-central Modena, Italy, to cross the Atlantic Ocean was to “inspire innovation and build passion in America’s auto industry."

A closer read indicates De Tomaso is looking to partner with American companies in addition to Ford, as it did decades ago. Along with Ford components, De Tomaso looked to infamous entrepreneur Carrol Shelby to help source engines and car designers in the 1960s.

Vehicles in addition to the P72 are already in development, according to Berris, who says yet-unannounced models will be produced concurrently and in higher volumes than the 72 units planned—and already sold—for the P72. None contain electric-battery technology, but he says that eventually, the De Tomaso lineup will include an electric vehicle.

“We have no rush to go into EV," Berris says. “We want to do operations which we are comfortable with."

He expects to hire as many as 300 to 500 staffers on a “US hiring spree" when the company reaches full bore, “over the next three to five years." No hirings have been made.