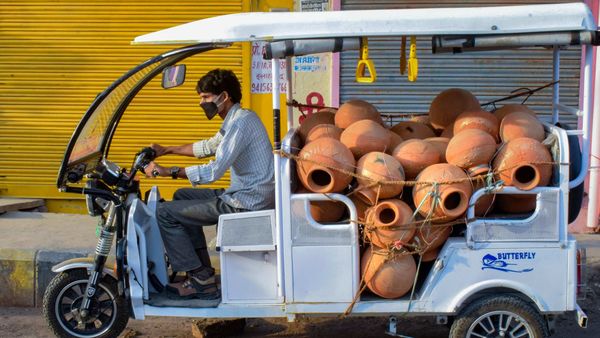 The Rajasthan Government has allowed taxis and auto-rickshaws to operate in railway stations, airports, and hospitals located in red zones, except in containment zones.

"There are 40,000 auto-rickshaws in Jaipur, and they were non-functional during the lockdown phase. As per the guidelines, the auto-rickshaws have started to operate, but it will take time to recover from losses suffered in the past two months," said Kuldeep Singh, the president of Auto Union.

(Also Read: How NHAI is gearing up to ensure national highways are ready for monsoon season)

"No relief was provided to the auto-rickshaw drivers, but the services have been resumed. Business might pick up when things start to open, but irrespective of that we thank the government to have allowed operation of services," added Kuldeep Singh.He further said that auto-rickshaw drivers have been asked to follow all the guidelines.

Auto-rickshaw drivers welcomed the government's decision and hope for more places to open.

"We are facing a lot of financial problems due to the lockdown, and we hope things get better," said Hari Narayan, an auto-rickshaw driver.

"We've faced a huge loss in the past two months. We thank the government for this relief. We are waiting for more places to open," said Mohammed Nissar, another auto-rickshaw driver.