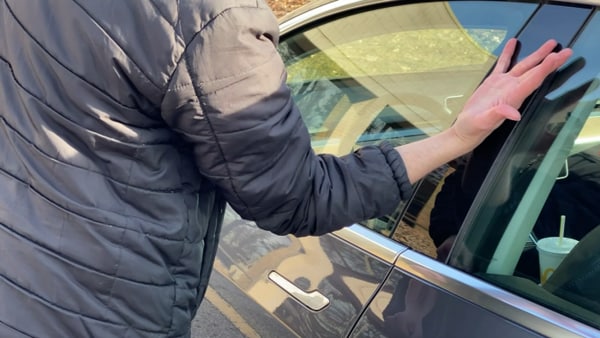 Ben Workman from Utah has taken biohacking one step further by surgically implanting his Tesla's keys and a few other gizmos in both of his hands.

According to a New York Post article sourced from ABC News, the 29-year-old cybersecurity researcher, now touted as a real-life 'Tony Stark', has placed the key to his Tesla as a subcutaneous implant in his right hand.

Similarly, his left-hand houses RFID and NFC chips that are used to control certain home-based smart devices. These two chips are also accompanied by a magnet

Swiping the door to his office with a simple hand gesture is another party trick that Workman can pull off.

"Anything with home automation I can program into my chips," he told the media.

Talking about the pain caused during the implantation procedure, Workman said: "It hurts for sure." "It's burning pain, then goes away."

Since the magnet is relatively larger, he can sometimes feel it when he moves his hand.

Inserting the car keys was the trickiest of all the procedures.

Workman explains: "I had to send the valet key to a company called Dangerous Things. They take the key, dissolve it in acetate, reshape it and then put a medical polymer on it."

His quest to become a cyborg wasn't without its own difficulties. Persuading someone to carry out the unusual procedure turned out to be a tedious task for Workman. In the beginning, he was shooed away by a doctor, a tattoo artist, and a veterinarian.

Eventually, his own cousin, who is a phlebotomist, came to the rescue and assisted him with the first two implants.

Workman feels that implants are now revolutionizing cybersecurity. Illustrating this with an example, he said

"Steal the phone and you unlock the keys to the kingdom, to have a phone stolen is a very big deal. Implementation technology is very hard to steal."