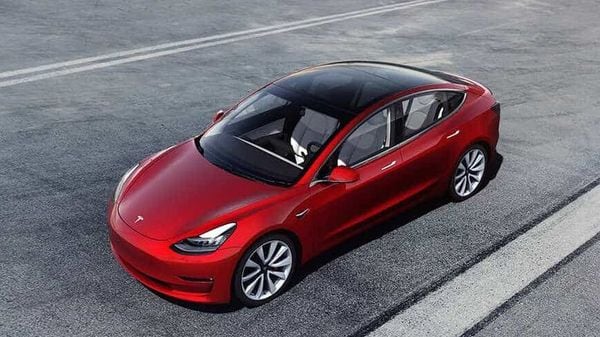 In the new FSD technology, the single radar sensor won’t be used anymore.

Tesla has been at the forefront of self-driving technology development. The automaker's famous Autopilot technology is something that can be dubbed as the first step towards autonomous driving. The Tesla Autopilot is a suite of advanced driver-assistance systems that performs functions like lane centering, traffic-aware cruise control, self-parking, automatic lane changes, semi-autonomous navigation etc. However, the automaker has been working long to develop fully autonomous driving technology and now the company's CEO Elon Musk claims that the beta V9.0 for the fully automatic driving technology is almost ready.

The Tesla CEO has tweeted this information about the Full-Self Driving (FSD) Beta. No wonder, this is going to be a significant improvement. Also, the the FSD will ditch the radar sensor systems and fully rely on the cameras onboard the vehicle to drive without any human intervention. The current Tesla cars come with one front radar sensor, eight cameras, and twelve ultrasonic sensors for the Autpilot technology.

In the new FSD technology, the single radar sensor won’t be used anymore. Elon Musk has also informed in Twitter that Tesla will stop production of the radar sensors and won’t use them as backup. Tesla CEO has been vocal about ditching lidar sensors and now the case is same with radar sensors.

As Musk said, the FSD will improve with weird corner cases and bad weather. This means, the new generation of Tesla cars with FSD onboard will learn how to steer the vehicle when they encounter extreme difficult driving situations, be it caused by the weather or man-made traffic situations.

Interestingly, Tesla is not the only car brand in the world that has been working on the same technology. Swedish luxury car giant Volvo too has been developing the self-driving technology.